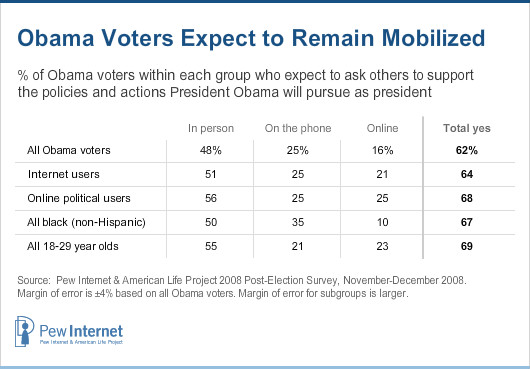 McCain supporters do not have the same expectations of regular direct contact with their party or its leaders as Obama supporters. One-third (33%) of McCain voters expect to have such contact at least occasionally over the next year in one form or another, while just 4% expect to be contacted on a weekly basis.