This profile provides Florida voter registration data, including party affiliation, as reported by the Florida Division of Elections through October 28, 2016. It also provides key demographic information on Latino eligible voters1 and other major groups of eligible voters in Florida.2 All demographic data are based on Pew Research Center tabulations of the U.S. Census Bureau’s 2014 American Community Survey.3 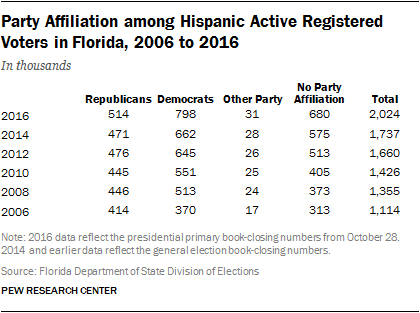 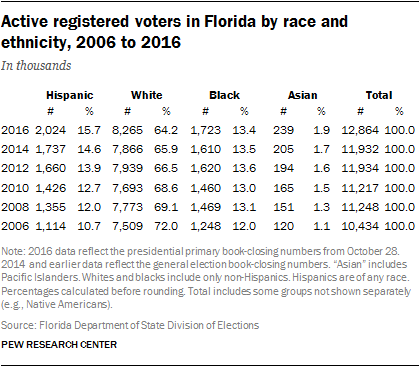 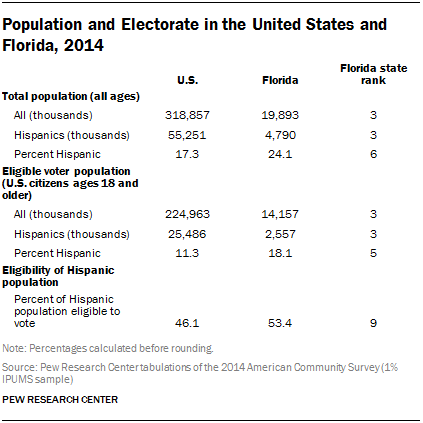 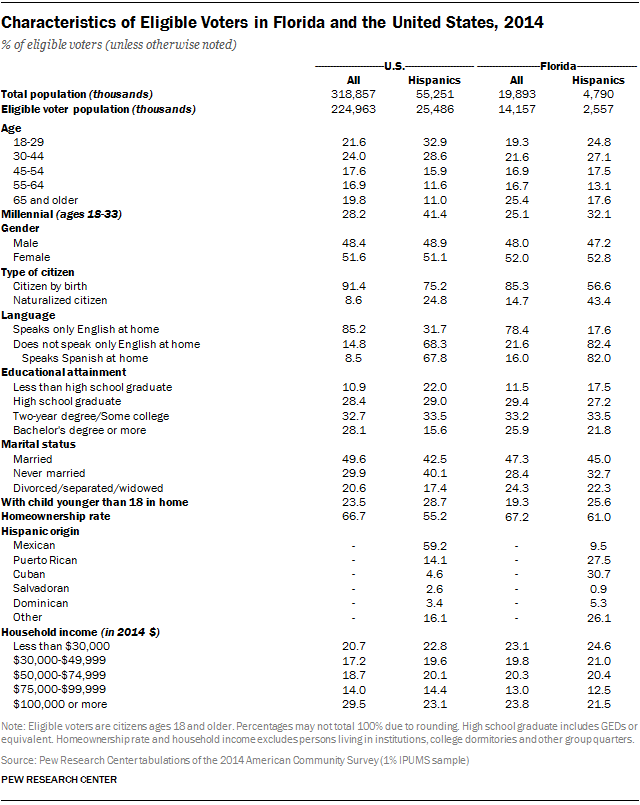 Characteristics of Eligible Voters in Florida, by Race and Ethnicity 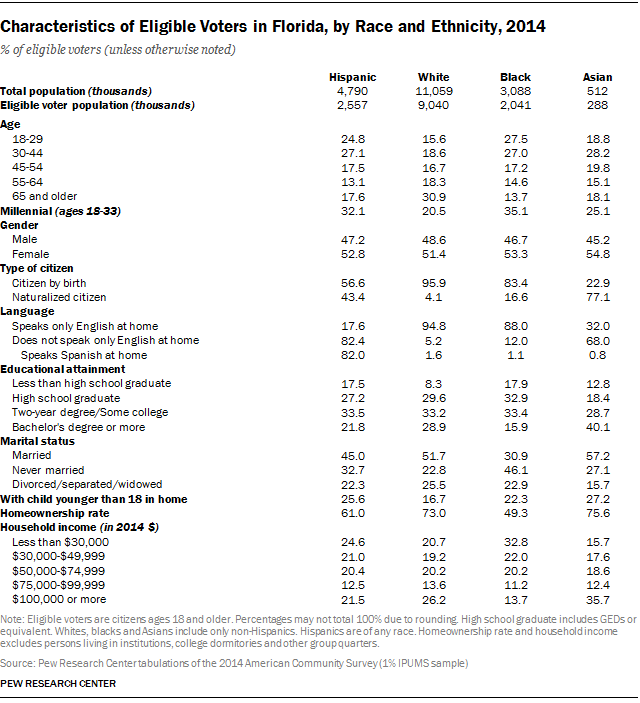 Next: Latinos in the 2016 Election: Georgia
← Prev Page
Page5Page6Page7Page8Page9You are reading page10Page11Page12Page13Page14Page15
Next Page →