As the new administration begins, a plurality of Hispanics have pessimistic expectations of the job Donald Trump will do as president, though Hispanics are divided by party and, to a lesser extent, by gender on this issue. Among Hispanics, Democrats and women generally have negative expectations for Trump’s presidency, while men and Republicans have more positive expectations. 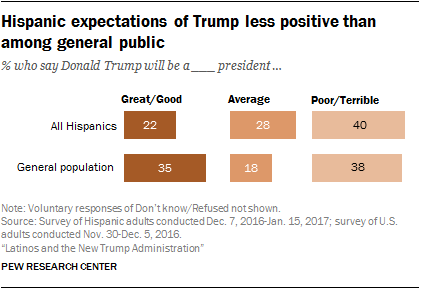 The general public is just as negative in its outlook on Trump’s presidency as Hispanics, with 38% of all Americans saying that Trump will be either a terrible (25%) or poor (13%) president. By contrast, 35% of Americans say Trump will be a good (22%) or great (14%) president, a more positive assessment than that among Hispanics. Meanwhile, the general public (18%) is less likely than Hispanics (28%) to say they expect Trump to be an average president. 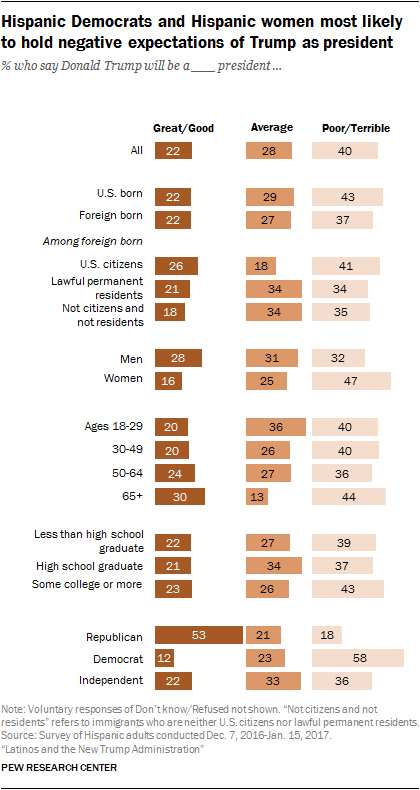 Next: 3. Looking back: The Obama administration
← Prev Page
Page1Page2You are reading page3Page4Page5Page6Page7Page8Page9
Next Page →