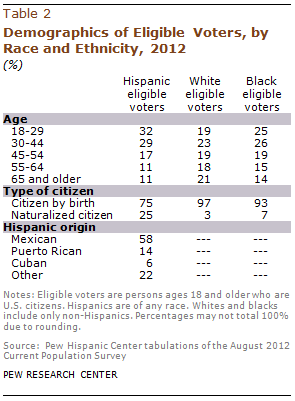 The Latino electorate is demographically different from other groups of eligible voters, and also it is different than the nation’s Hispanic population overall.