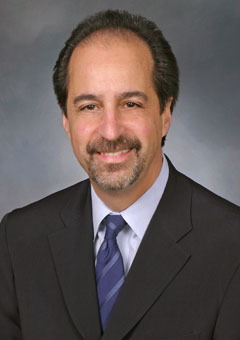 Many years ago, my aunt was stopped by a state trooper in Pennsylvania for a traffic violation. To appreciate what happened, you have to know this: Aunt Mimi has lived in this country since 1963 and speaks fluent English, albeit with a Spanish accent. She is fair of skin, green of eyes, and brown of hair.

What ensued is family lore.

“What race are you?” the trooper asked.

“What do I look like?” was my aunt’s retort.

“What race are you?” the trooper insisted.

I thought of this episode when reviewing the Pew Hispanic Center’s latest public opinion survey, appropriately titled “When Labels Don’t Fit: Hispanics and Their Views of Identity.” Among the findings is that 51% of those surveyed preferred to cite their family’s country of origin over pan-ethnic terms such as Latino or Hispanic.

Aunt Mimi was either ahead of her time or the survey is merely documenting what has always been true. You are where you come from and you resist generic labels imposed by others — in this case the U.S. government, which since 1976 has mandated that federal agencies use the terms Hispanic or Latino.

For the state trooper in the Poconos, my aunt was of a different race because of where she came from (not “here,” given her accent) and not because of how she looked. She was white until she spoke, at which time she became something the addled trooper did not recognize. When that happens, ethnicity becomes a racial designation, defined not by skin tone but by the sense of “otherness” in the eye of the beholder.

Now here is what is interesting about this particular public opinion survey. Hispanics and Latinos — there’s no avoiding the term these days — are increasingly seeing themselves as a distinct “racial” group. When pollsters asked, “Which of the following describes your race?” 51% of respondents said either “some other race” (26 percent) or “Hispanic or Latino” (25 percent). By comparison, only a third described themselves as white.

Even more interesting: Second generation Latinos — those who are born in the U.S. and have at least one parent who is Hispanic — are more likely to identify themselves as “some other race” (36%) than Hispanics overall (26%) or immigrant Latinos (21%).

First, we have to acknowledge the one color that is not in the palette of the survey: Brown. A lot of Latinos would fall under this category if it were available and applied. Yes, Latinos come in all races. And yes racial identification is not at all ambiguous to many. When Univision anchorman Jorge Ramos looks in the mirror, for example, a white man stares back (the male version of the Aunt Mimi dictum). When baseball player David Ortiz trims his impeccable beard at the same mirror, a black man looks on approvingly.

But for “brown” Latinos — arguably the majority — the main choices imposed by these surveys are imperfect at best because they too look in the mirror. Every time that happens, “some other race” stares back. Eventually, and not surprisingly, that becomes a viable answer and its own unique designation.

Gabriel Escobar is an editorial writer for the Dallas Morning News, where this piece was originally published.