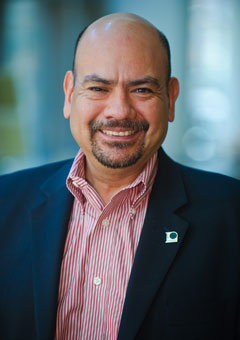 Perhaps what was most surprising about the Pew Hispanic Center’s recent report – finding that the majority of U.S. Latinos do not identify with a pan-Hispanic label but instead with a national origin — is that it is not surprising at all. Personal identification with one’s ancestral or familial roots is a powerful human characteristic, so it is understandable that so many Latinos, while identifying as “American,” also identify as “Mexican,” “Puerto Rican,” etc. instead of “Latino” or “Hispanic.”

A pan-Hispanic term has been useful to identify the more than 50 million people in the United States who identify in some way with a Latin American background or culture. We know their choice of identity because the data comes from self-reported answers to the U.S. Census. The same data shows wide diversity of this population, as disparate as an English monolingual Texan whose lineage in that state pre-dates current national borders, or the Quechan monolingual Guatemalan who recently arrived in Los Angeles. As richly diverse as this population is, there is a common core that connects.

I have been privileged to travel to 46 of the 50 states, and to get to know Latinos in each. I fully respect the individuality and self-identification they express, yet I have come to understand that what brings these people together is not a religion, a language or even a culture. In each community I have observed common values: love of family and community, and optimism in life. I also have come to understand that what often binds diverse Latino national origins in this country is how they are treated and regarded by the non-Latino majority; this often serves to bring Latinos together in common cause.

It is this commonality that has allowed Latino organizations such as the National Association of Latino Elected and Appointed Officials to bring together people from throughout the country from all national origins and across the political spectrum, to thrive in pursuit of that common cause.

I respect every Latino’s personal ethnic identification. What I most respect, however, is how they act upon it in common ways beyond the differing labels.

Vargas is the executive director of the National Association of Latino Elected and Appointed Officials (NALEO). The NALEO Educational Fund is the leading organization that empowers Latinos to participate fully in the American political process, from citizenship to public service.

Next: VI. Gabriel Escobar: “Where Are You From?”
← Prev Page
Page1Page2Page3Page4You are reading page5Page6Page7Page8Page9Page10
Next Page →