The ethnic differences in home broadband access also disappear when controlling for income, with one exception. Among those earning less than $30,000 annually, whites are still more likely than Hispanics to have a broadband connection at home (45% vs. 33%). 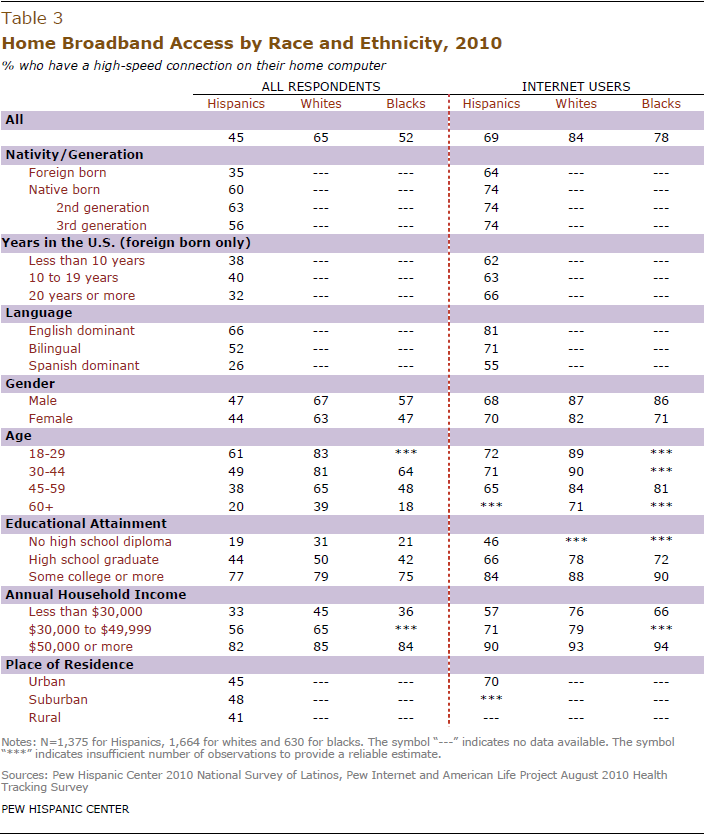