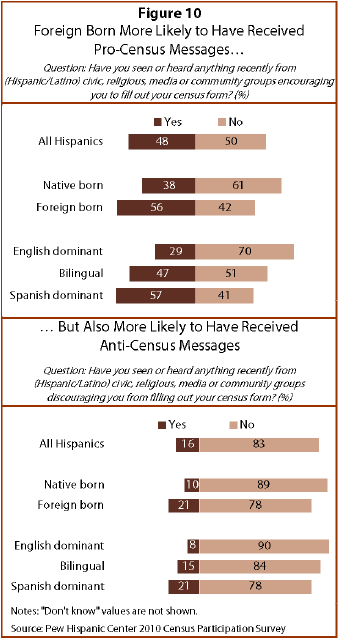 The Census Bureau has implemented a large outreach effort aimed at the Hispanic community, especially Spanish speakers, to encourage them to participate in the 2010 Census. It spent more than $25 million on these ads, representing one-in-five (20%) ad dollars planned for the 2010 Census.1 In conjunction with this effort, many Hispanic media and nonprofit organizations mounted 2010 Census awareness efforts—some of them in partnership with the bureau, and some independent of the bureau. 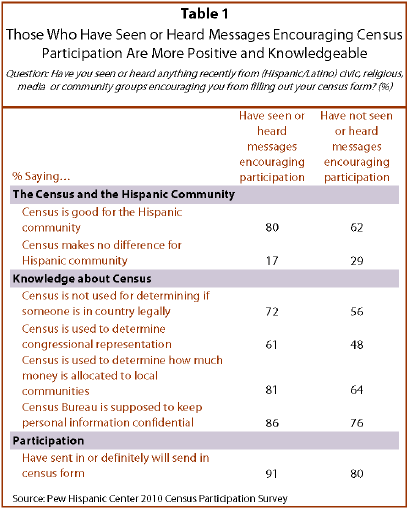 Next: Appendix A: Survey Methodology
← Prev Page
Page1Page2Page3Page4You are reading page5Page6
Next Page →

Latinos and the 2010 Census: The Foreign Born Are More Positive II. The 2010 Census and the Hispanic Community III. Knowledge and Trust IV. Participation in the Census
V. Media and Group Outreach Messages
Appendix A: Survey Methodology