The mathematics achievement tabulations analyzed in this report are based on the U.S. Department of Education’s National Longitudinal School-Level State Assessment Score Database.12 The NLSLSASD records in uniform fashion the scores on state achievement tests for more than 80,000 public schools (McLaughlin, 2005). The achievement data are for public schools, not individual students. Among the NLSLSASD’s virtues is that public schools are identified by their National Center for Education Statistics school identification number. Using this, one can easily obtain further information on the characteristics of the public school contained in the National Center for Education Statistics’ Common Core of Data (CCD) Public Elementary/Secondary School Universe Survey (for example, school size, student-to-teacher ratio and Title I eligibility). The 2004–05 school year is the latest year available in the NLSLSASD.

For the five states examined in this report (California, Texas, New York, Florida and Arizona), coverage of public schools in the NLSLSASD approximates the universe of regular public schools according to the National Center for Education Statistics’ Common Core of Data: 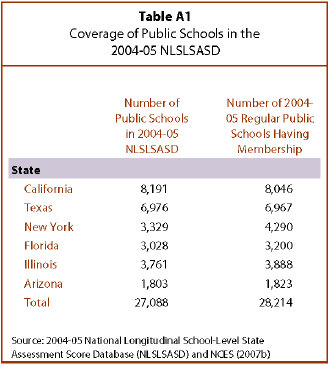 NLSLSASD records the results of a school’s ELL test-takers. Because ELL enrollments by grade and public school are not available in the CCD, it is difficult to gauge the extent to which the number of ELL mathematics test-takers in the NLSLSASD represents the universe of the ELL student population. According to the NLSLSASD, however, most public schools that administered the mathematics assessment in a grade also tested their ELL students: 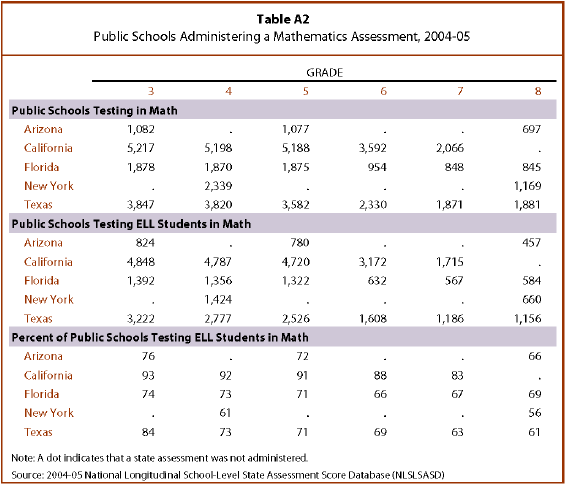 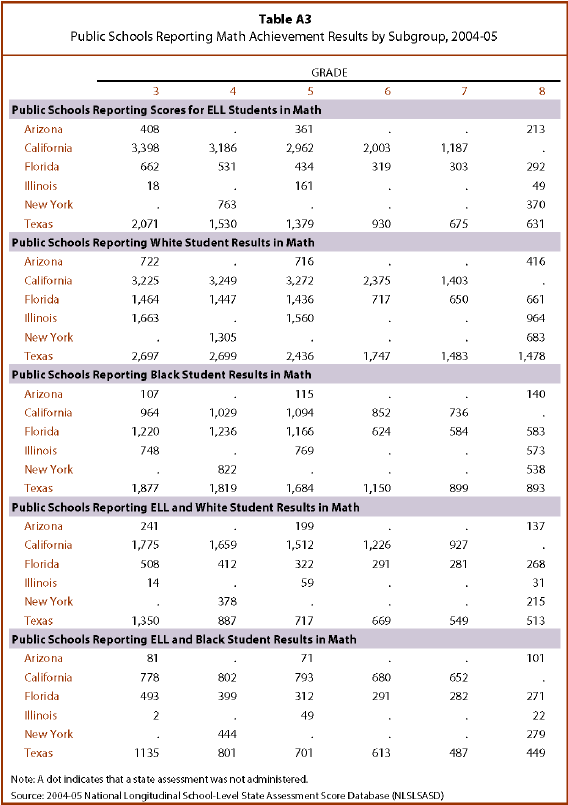 Next: Appendix B: Additional Tables
← Prev Page
Page1Page2Page3Page4Page5Page6Page7You are reading page8Page9
Next Page →