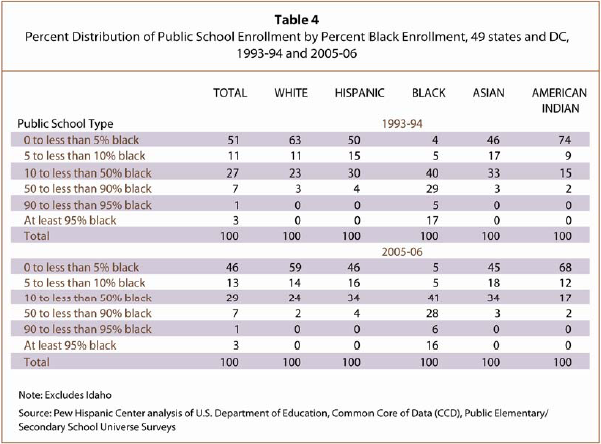 Asian students were less likely than Hispanic or black students to be heavily concentrated in schools largely comprised of students of their own race and ethnicity. About 15% of Asian students attended majority-Asian schools in 2005-06 (Table 5). 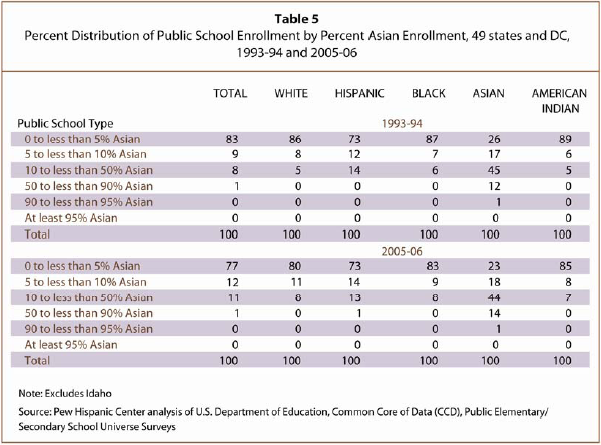 Next: V. The Changing Racial and Ethnic Composition of Public Schools
← Prev Page
Page1Page2Page3You are reading page4Page5Page6
Next Page →