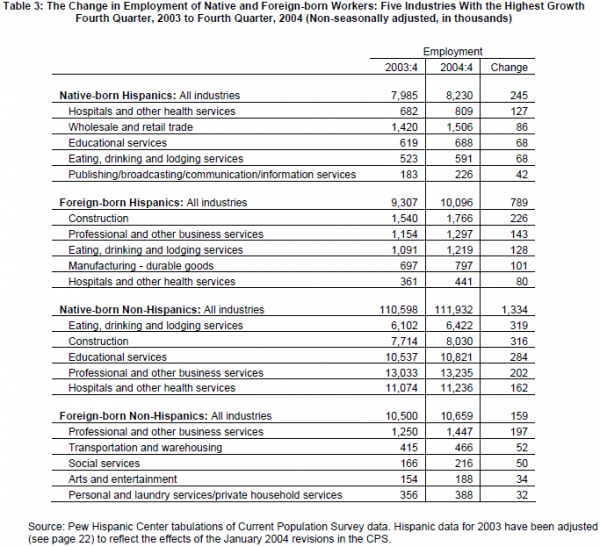 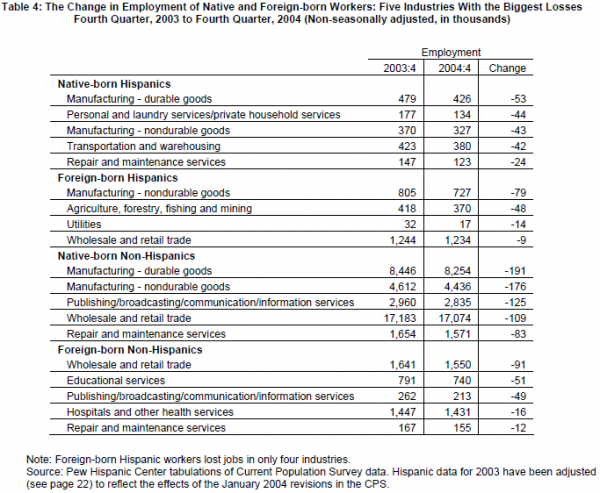 In addition to manufacturing, another sector that shed jobs almost across the board was repair and maintenance services. Native-born Hispanics lost 24,000 jobs in this industry. However, immigrant Hispanics secured an additional 31,000 jobs in repair and maintenance services (data not shown in table). Another pair of opposing trends was in the personal and laundry services and private household services industries. Native-born Hispanics lost 44,000 jobs in these industries in 2004 even as foreign-born Latinos gained 41,000 jobs at the same time (data not shown). For non-Hispanics, publishing, broadcasting, communication and information services proved to be second biggest source of job losses after manufacturing.

Overall, the evidence on the change in employment by industry shows that there was a degree of commonality in the industries that hired and shed Hispanic and non-Hispanic workers. But, as shown in the next section, there remains a considerable difference in the type of jobs these workers perform. That difference—a consequence of the difference in age, education and nativity—is reflected in the employment trends for Latino and other workers by occupation in 2004.