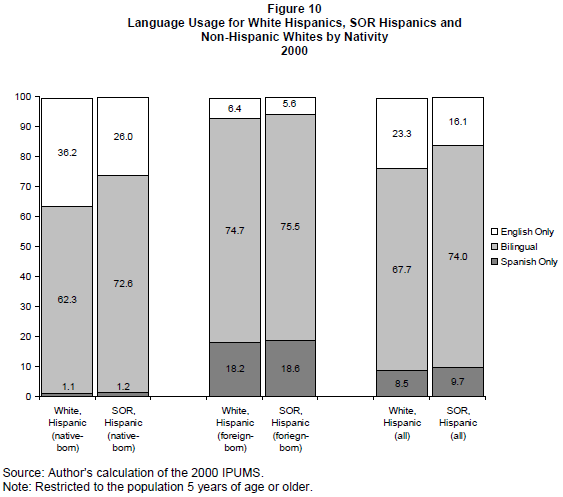 For both foreign-born and native-born Hispanic male householders, the racial and ethnic identity of their spouse is most likely to be identical to their own.