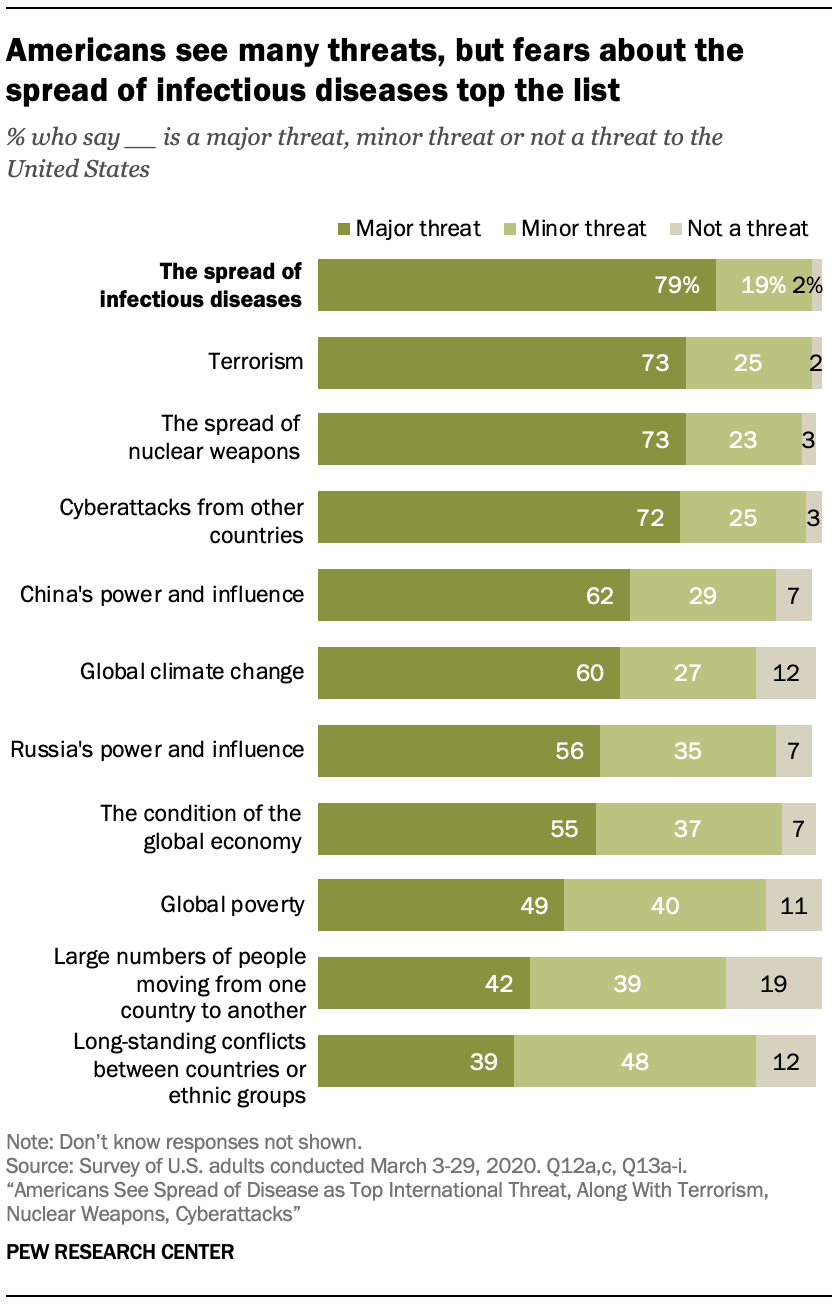 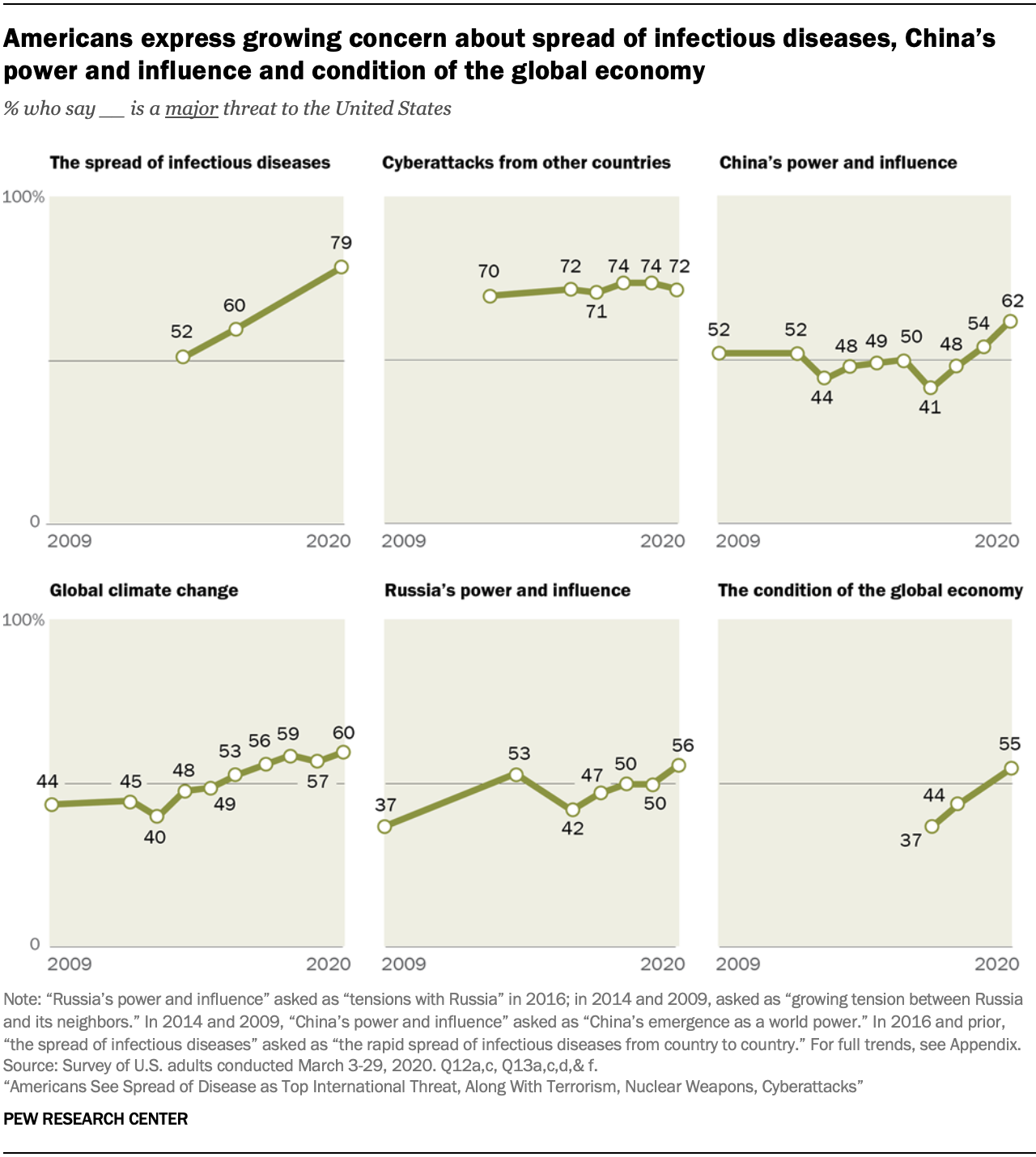 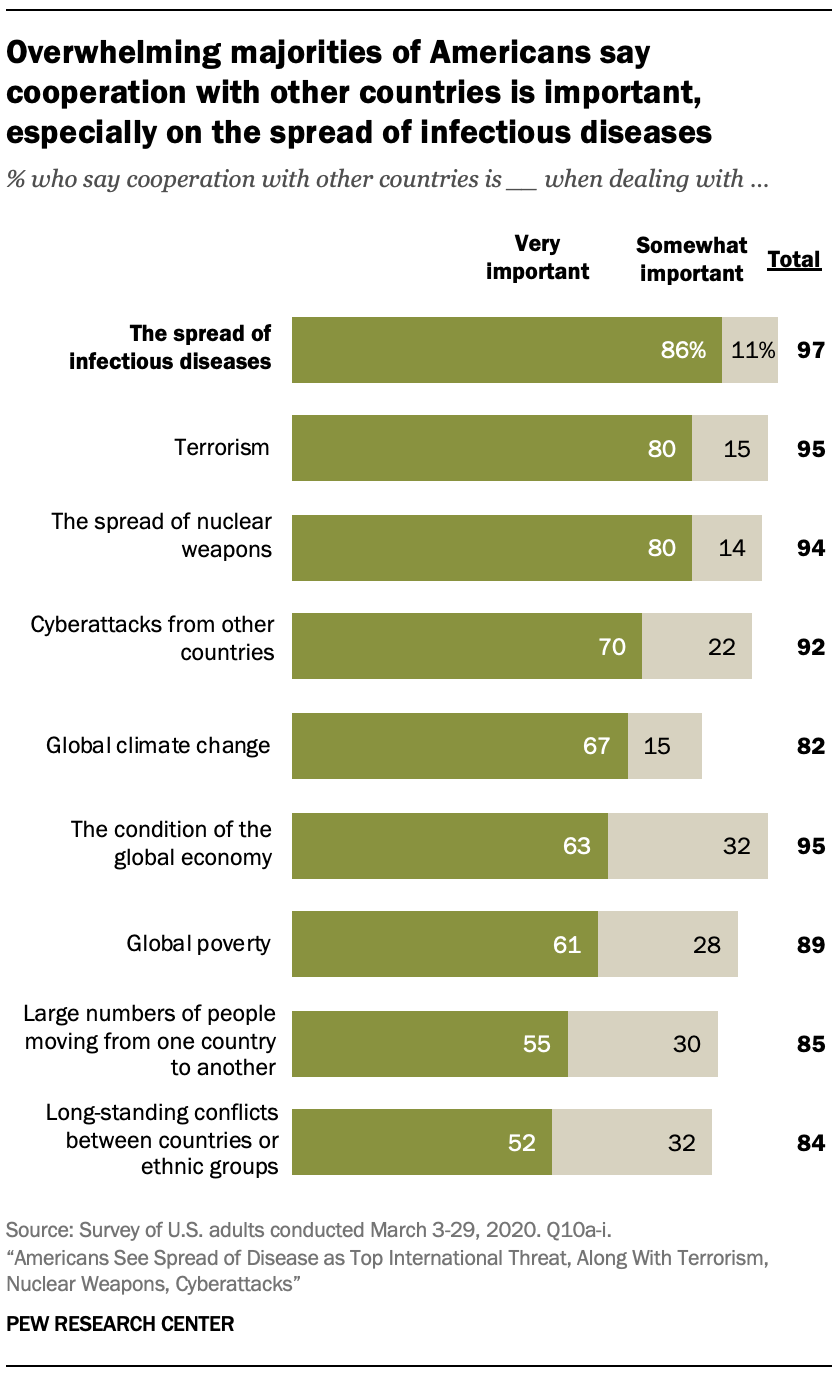 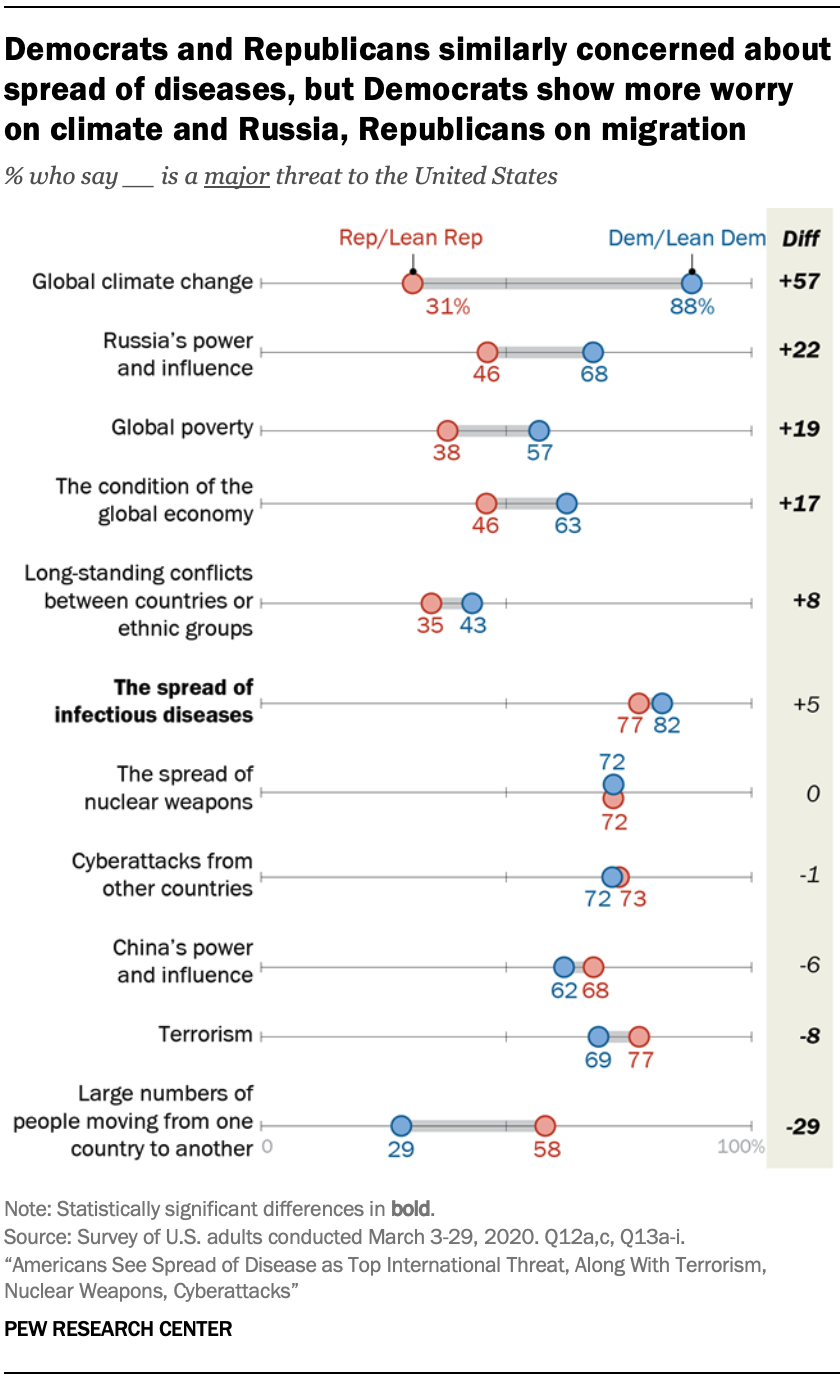 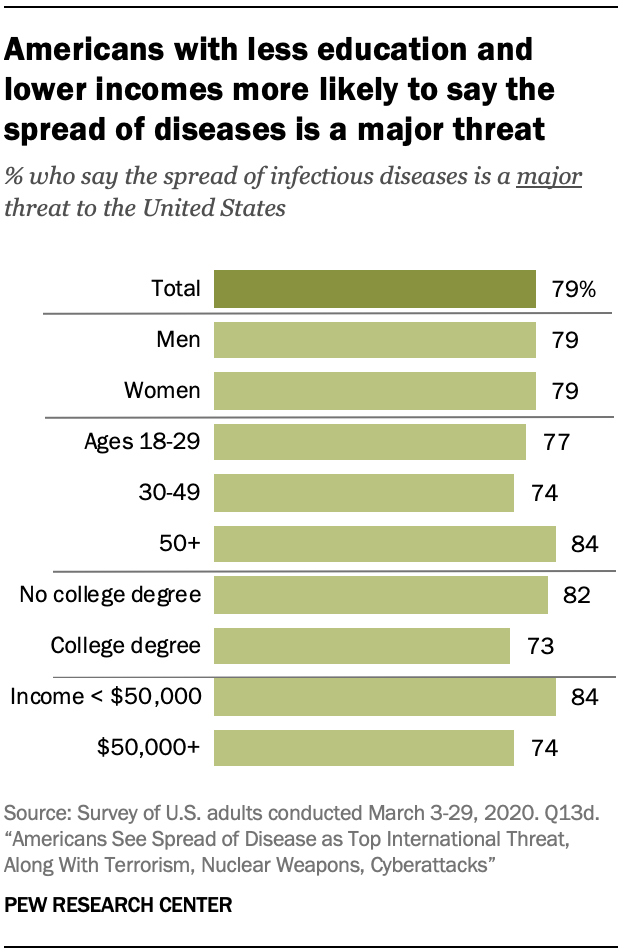 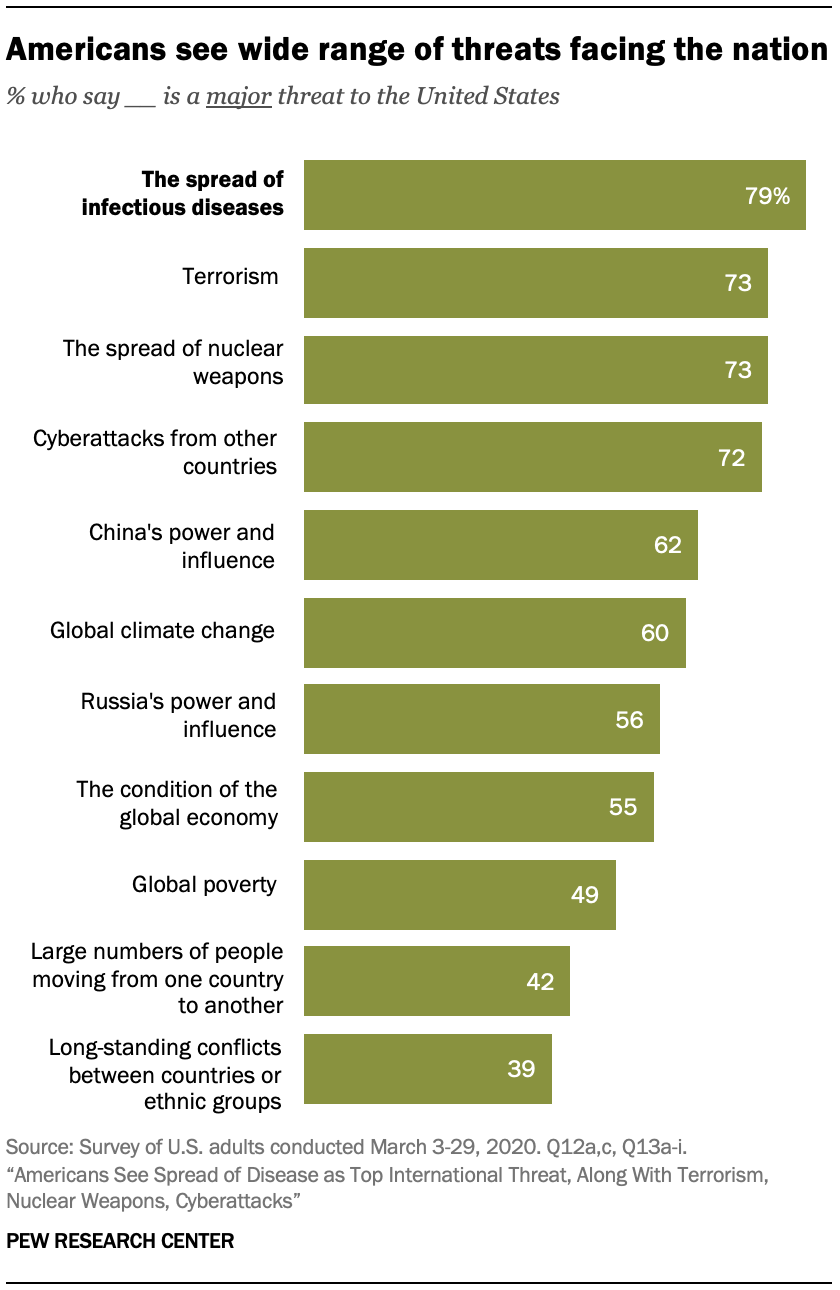 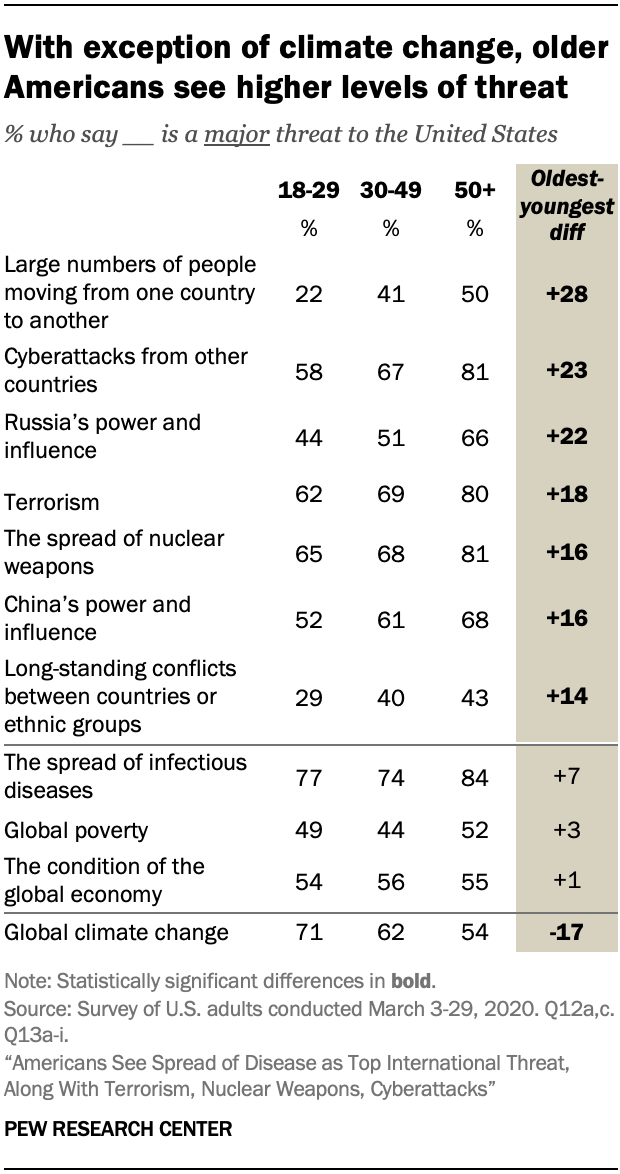 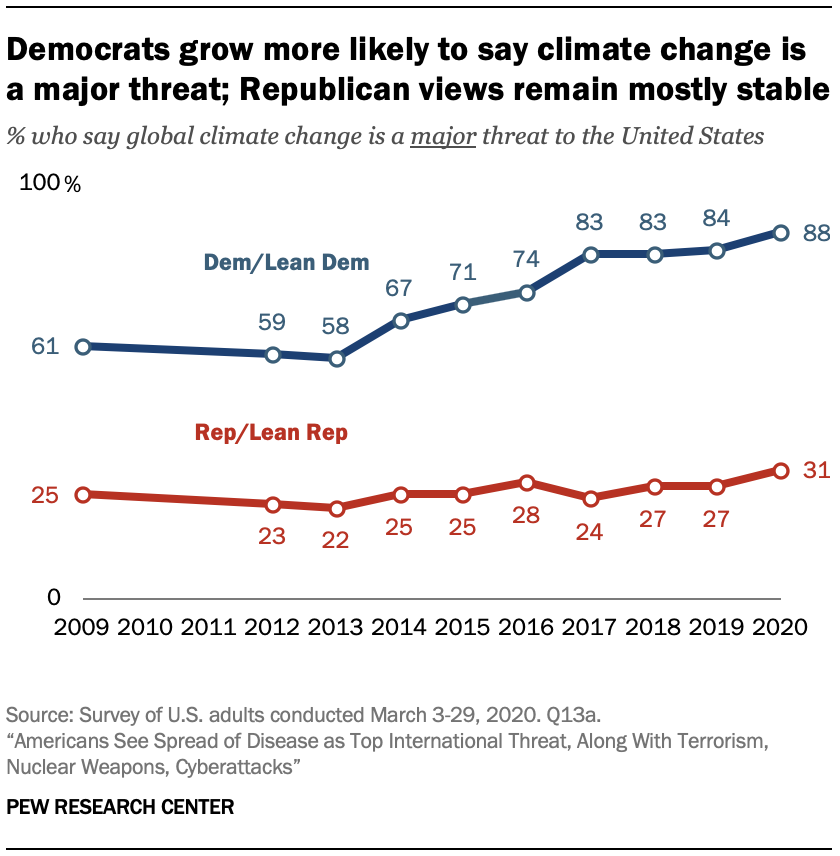 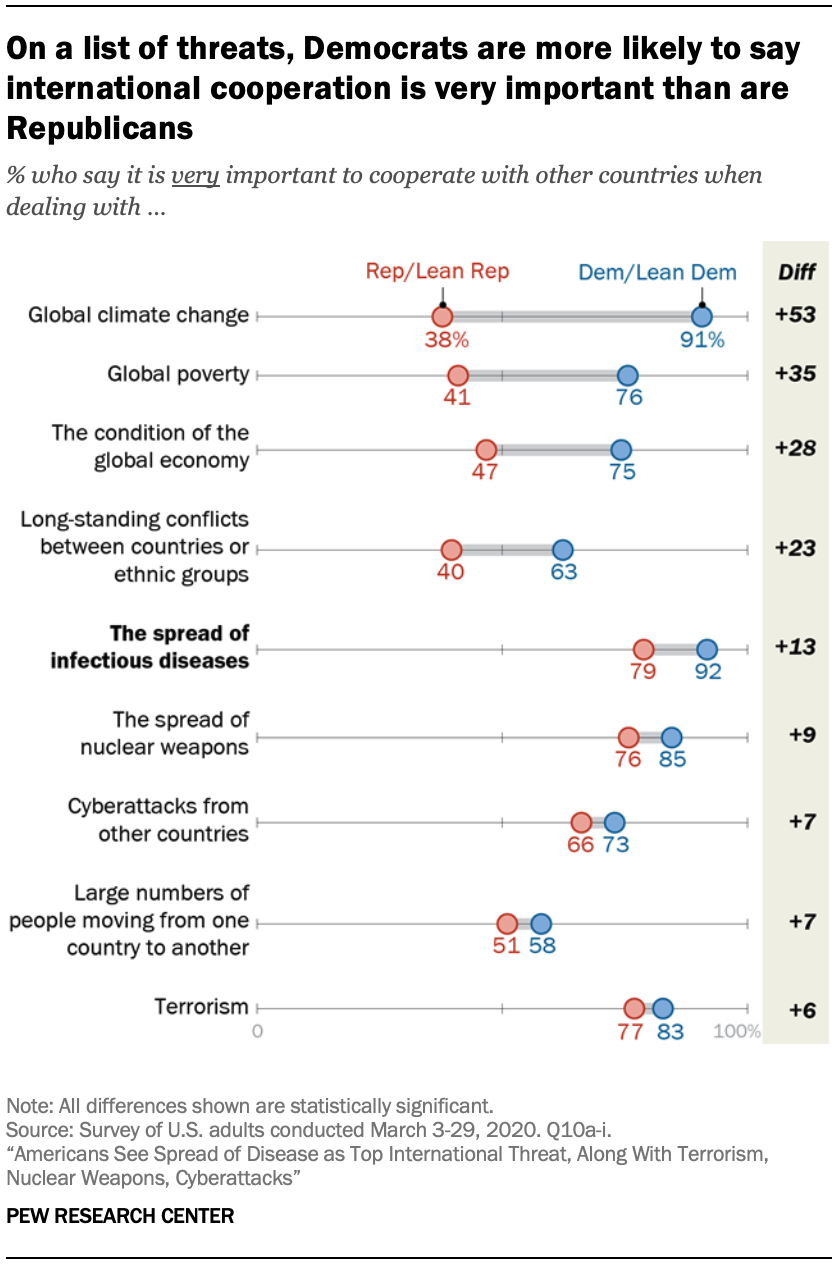 Climate Change and Russia Are Partisan Flashpoints in Publicu2019s Views of Global Threats
Climate Change Still Seen as the Top Global Threat, but Cyberattacks a Rising Concern
Chinau2019s Economic Growth Mostly Welcomed in Emerging Markets, but Neighbors Wary of Its Influence
U.S. is seen as a top ally in many countries u2013 but others view it as a threat
Despite Pandemic, Many Europeans Still See Climate Change as Greatest Threat to Their Countries