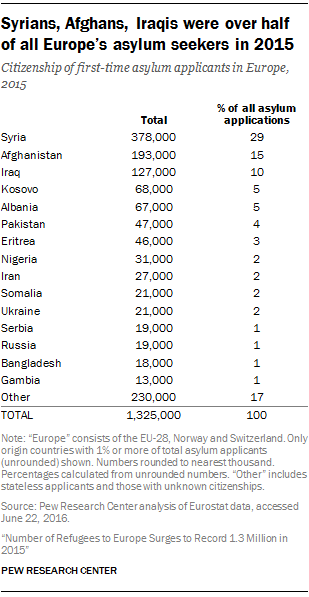 In 2015, a record 1.3 million individuals applied for asylum in the European Union, Norway and Switzerland. This was more than a twofold increase from 2014, when nearly 600,000 people applied for asylum. This dramatic rise in asylum applications followed a relatively stable period of about roughly 200,000 applicants each year between 2005 and 2010 and around 300,000 annual applicants in 2011 and 2012.

A mixed group of source countries represent the remaining leading points of origin for asylum seekers in Europe during 2015. Kosovo and Albania were each the country of origin of about 5% of asylum seekers. In fact, Europe received about the same number of asylum applications from Kosovo and Albania combined as from Iraq in 2015. Slightly fewer than 50,000 asylum seekers had Pakistani or Eritrean citizenship in 2015. Asylum applicants from Iran, several sub-Saharan countries like Nigeria, Somalia and Gambia, as well as European countries such as Ukraine, Serbia and Russia rounded out the leading countries of citizenship for Europe’s asylum seekers. 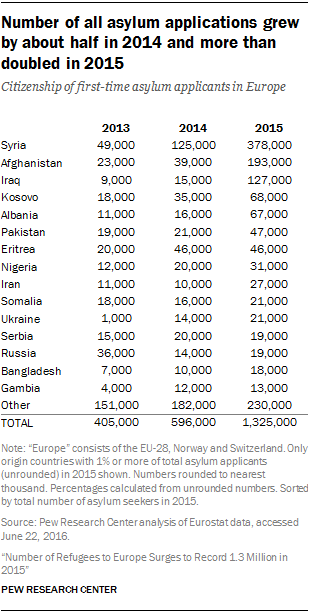