Six years after the beginning of the Great Recession, amid an uneven global economic recovery, publics around the world remain glum. A global median of 60% see their country’s economy performing poorly. This includes 64% of those surveyed in advanced economies and 59% in emerging markets. Only in developing economies is there some semblance of satisfaction with economic performance: 51% voice the view that their economy is doing well. 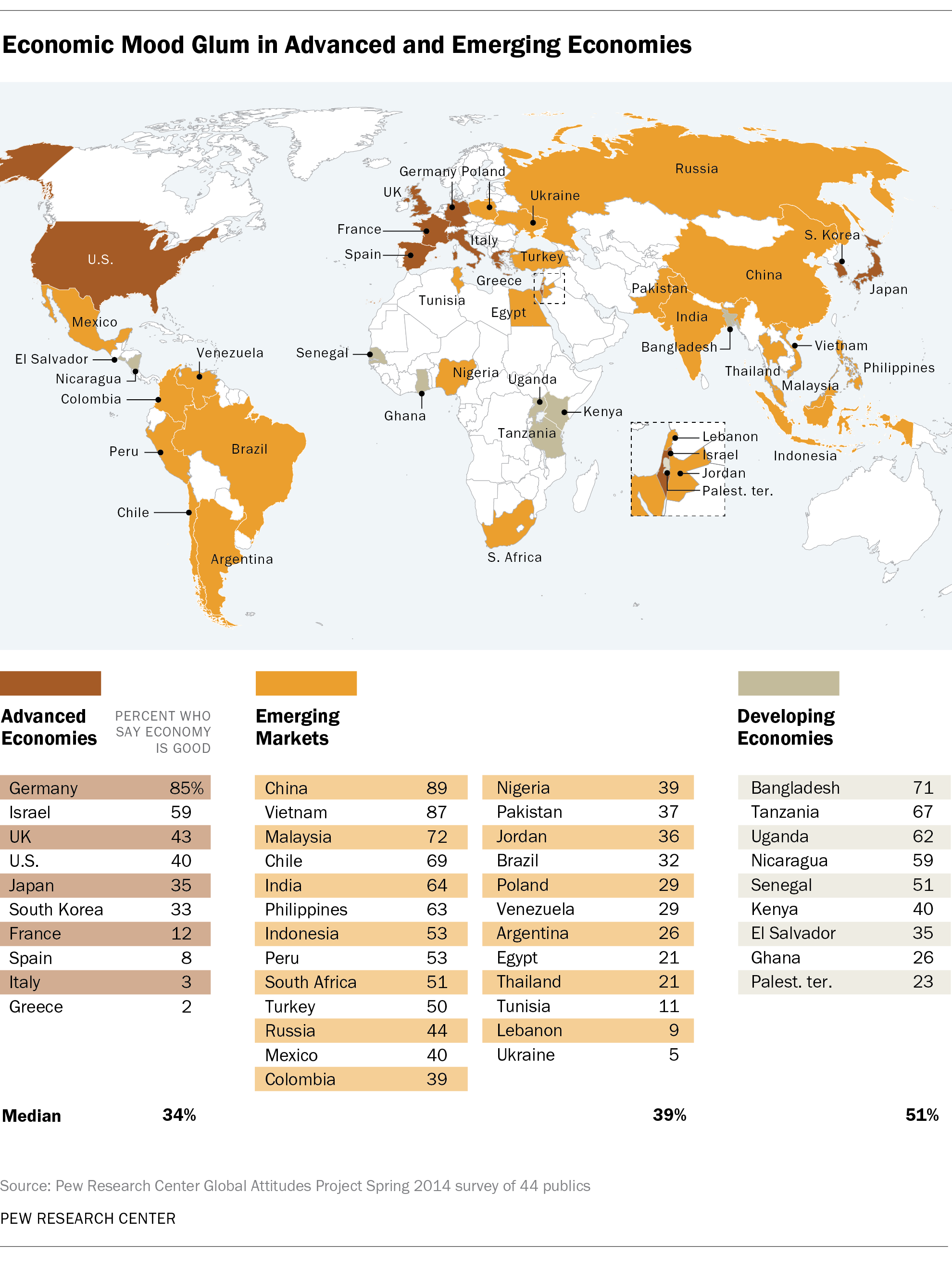