From the right to vote to workplace protections, many of the gains women have made throughout U.S. history have been achieved through various forms of activism around gender equality. Despite these gains, 57% of Americans say the country hasn’t gone far enough when it comes to gender equality, and many say they have engaged in activism on this issue.

Some 13% of U.S. adults say they have contributed money to an organization that takes positions on issues related to gender or gender equality, and about one-in-ten have contacted an elected official to express their opinion on these issues (9%) or have attended a protest or rally focused on them (8%), according to a new Pew Research Center survey.

Larger shares have expressed their opinion about gender or gender equality in conversations with family and friends (54%) or by posting or sharing content about these topics on social networking sites (21% among those who use these sites).

Pew Research Center conducted this study to understand Americans’ engagement in activism around gender and gender equality. For this analysis, we surveyed 3,143 U.S. adults in March and April 2020, including an oversample of Black and Hispanic respondents. The adults surveyed are members of the Ipsos Public Affairs KnowledgePanel, an online survey panel that is recruited through national random sampling of residential addresses and landline and cellphone numbers. KnowledgePanel provides internet access for those who do not have it and, if needed, a device to access the internet when they join the panel. To ensure that the results of this survey reflect a balanced cross section of the nation, the data is weighted to match the U.S. adult population by gender, age, education, race and ethnicity and other categories. The survey was conducted in English and Spanish. 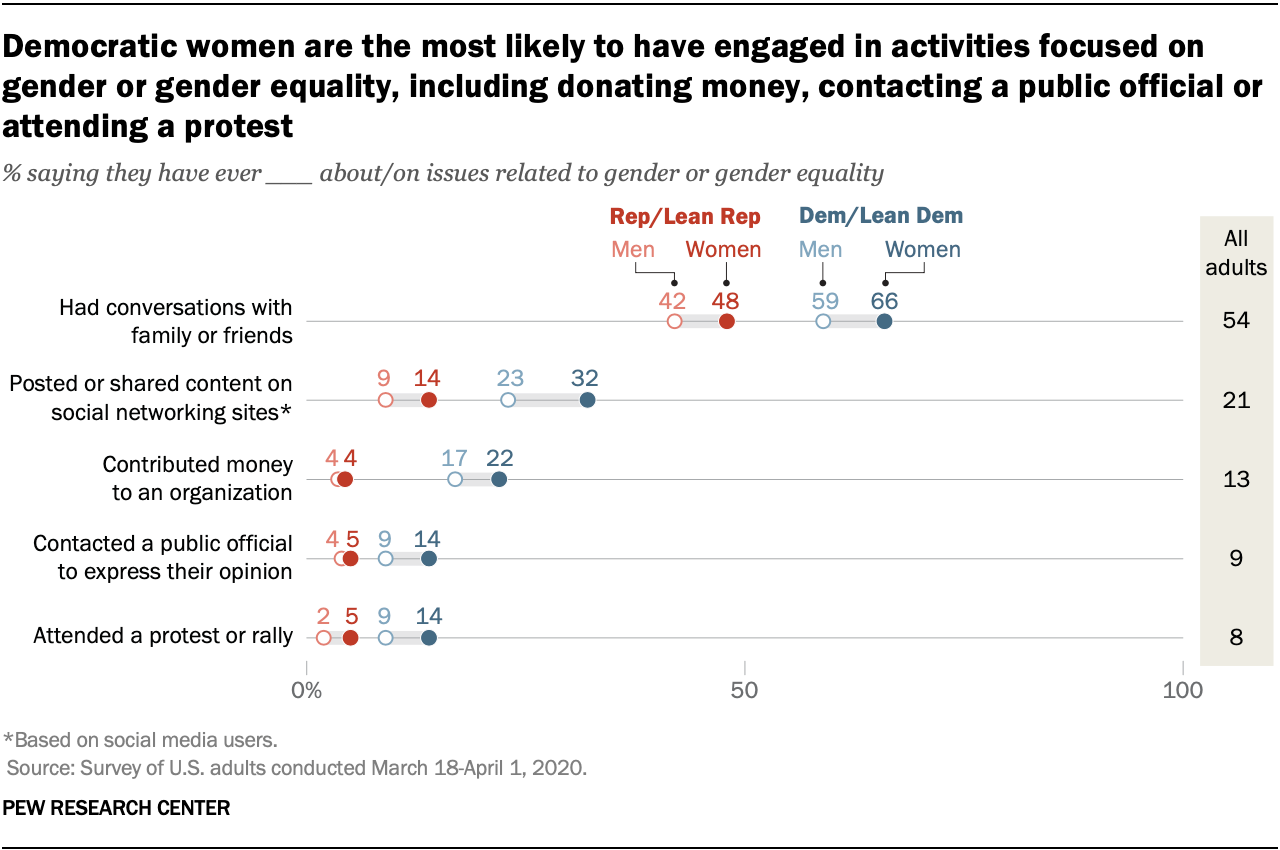 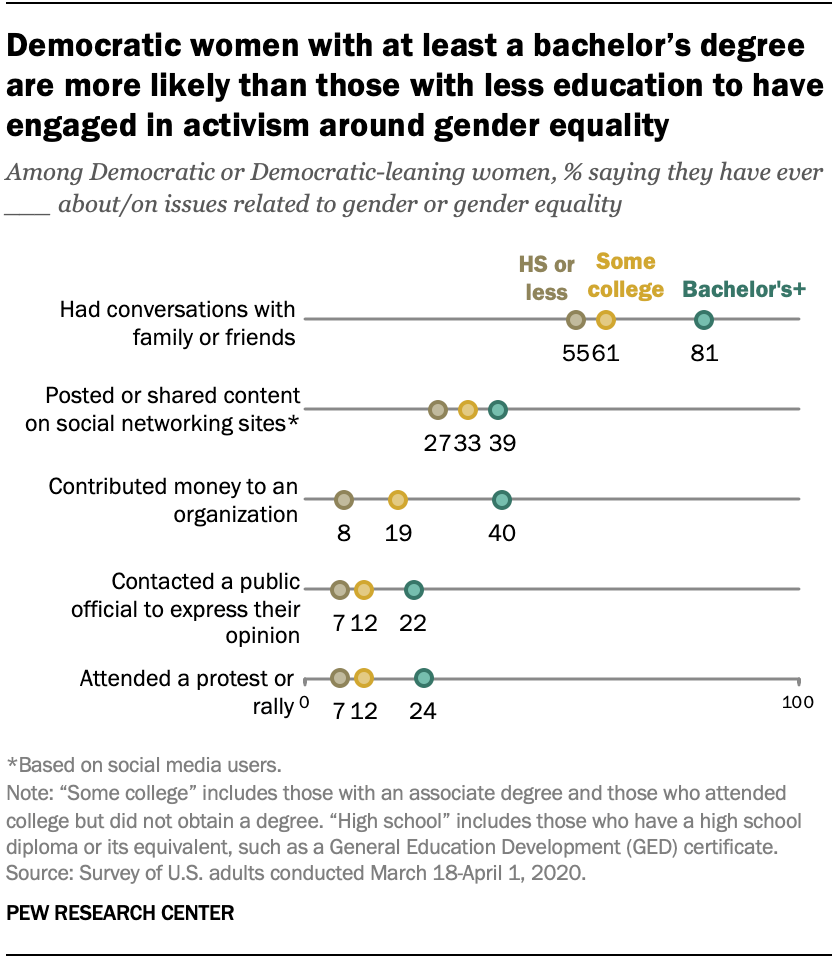 About one-in-five or more Democratic women with at least a bachelor’s degree say they have attended a protest or rally (24%) or contacted a public official (22%) to express their opinion on gender or gender equality. But only 12% of those with some college and 7% of those with a high school diploma or less education say they have done each of these.

People who think the country hasn’t gone far enough in giving women equal rights with men are more likely than those who think the country has gone too far or that it’s been about right to say they have done each of the activities asked about in the survey. Still, even when accounting for the fact that Democratic women, especially those with more education, are the most likely to say the country hasn’t made enough progress on gender equality, Democratic women remain more likely than other groups to say they have done most of these activities.