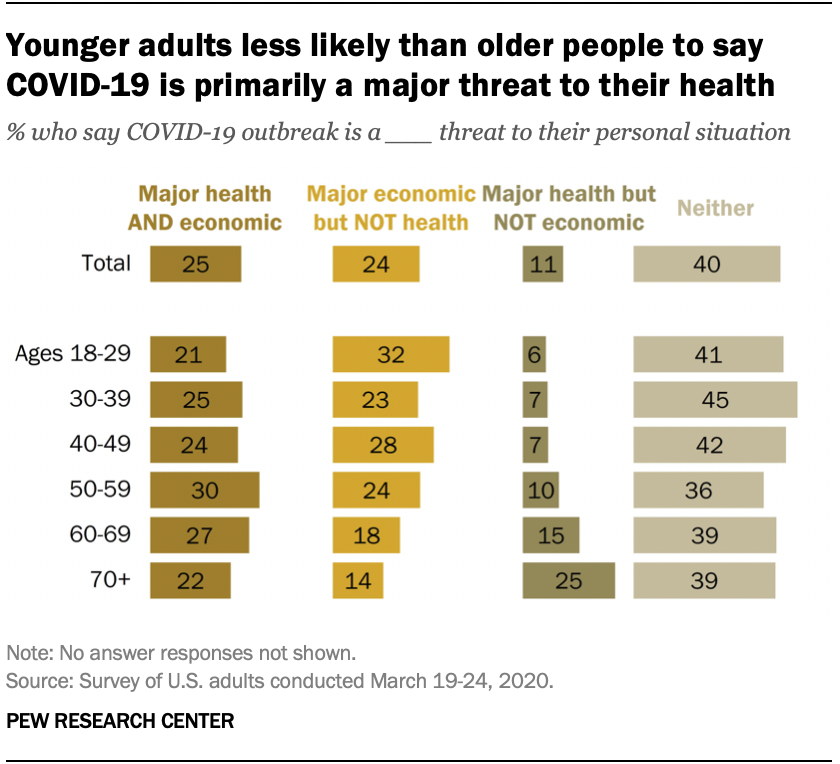 Pew Research Center conducted this study to understand how Americans are continuing to respond to the coronavirus outbreak. For this analysis, we surveyed 11,537 U.S. adults in March 2020. Everyone who took part is a member of the Center’s American Trends Panel (ATP), an online survey panel that is recruited through national, random sampling of residential addresses. This way nearly all U.S. adults have a chance of selection. The survey is weighted to be representative of the U.S. adult population by gender, race, ethnicity, partisan affiliation, education and other categories. Read more about the ATP’s methodology.

The pattern is similar among the next oldest age groups; significantly more people in their 30s through 50s say the coronavirus outbreak is a major threat to their finances and not their health than say the opposite.

But those 70 and older are about four times as likely as the youngest adults (those ages 18 to 29) to say the coronavirus outbreak is a major threat to their health but not their finances (25% vs. 6%).

When it comes to how comfortable people feel with engaging in social activities during the coronavirus outbreak, the March 19-24 survey, fielded as many states were escalating their response to the outbreak, revealed differences by partisanship, gender and age. Republicans are significantly more likely than Democrats to say they would be comfortable engaging in several activities; for example, while 29% of Republicans and GOP leaners say they would be comfortable eating out in a restaurant, 16% of Democrats (including leaners) say the same. 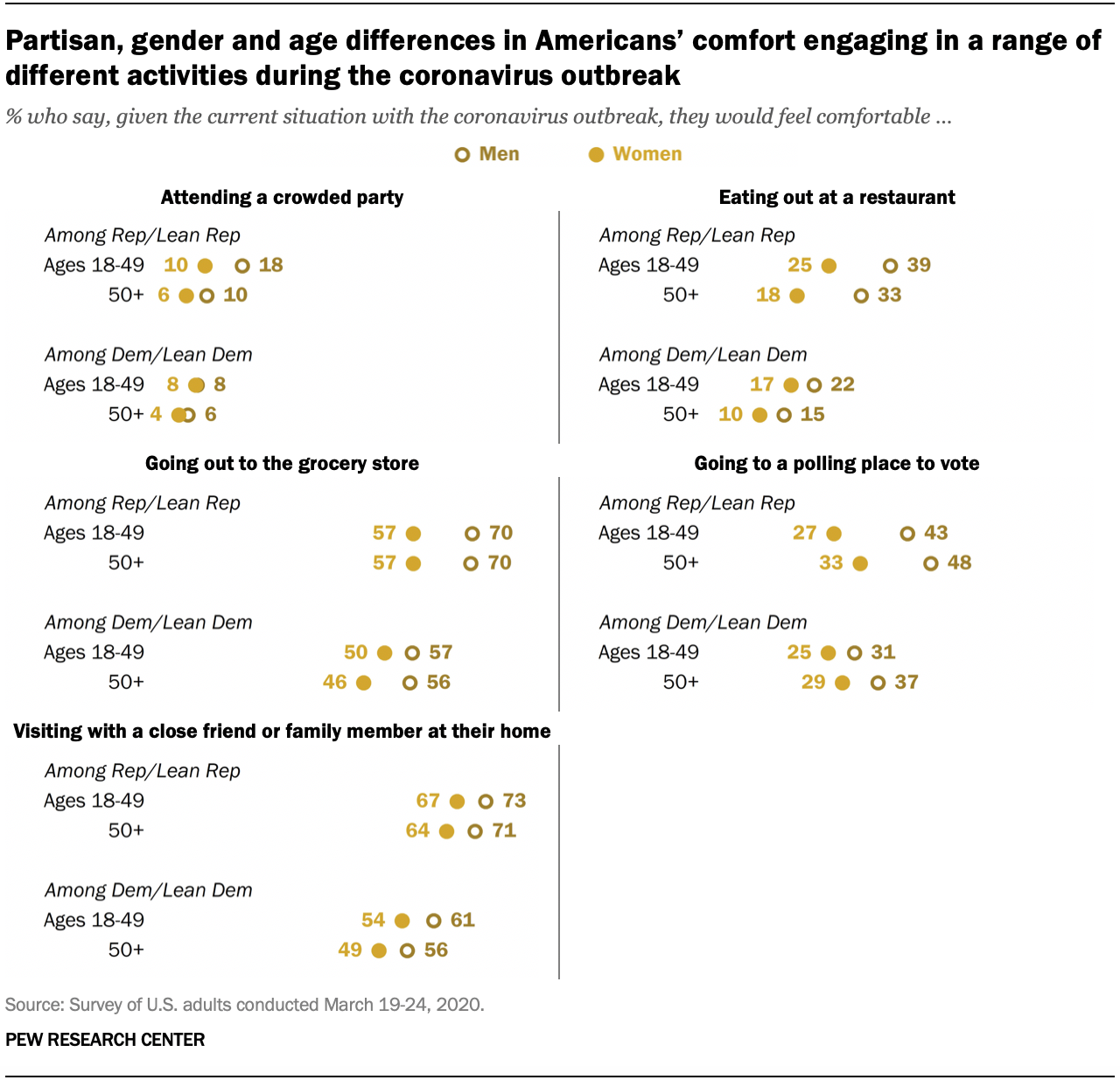 Larger shares of Republican men than women say they would be comfortable eating in a restaurant, and this is the case among Republicans under age 50 as well as older Republicans. Gender differences are more modest among Democrats.

Looking at age differences among partisans, younger Republicans are particularly likely to express comfort with attending a crowded party. This is especially evident among younger, Republican men.

About one-in-five Republican men ages 18 to 49 (18%) say they would be comfortable attending a crowded party, which is larger than the shares of older Republicans – or Democrats in any age group – who say that.

Gender gaps are also seen across the set of activities asked about, with men substantially more likely than women to say they would feel comfortable taking part in a variety of activities during the outbreak.

Republicans and men expressed more willingness to engage in every activity included in the survey compared with Democrats and women. Even after accounting for differences in the kinds of places Republicans and Democrats live (for example, whether they live in an urban, rural or suburban place and how much their state had been impacted so far by the coronavirus outbreak) and other demographic differences associated with partisanship (age, race and ethnicity, education, and sex), partisan differences remain among the biggest divides in willingness to engage in all of the activities asked about.