Here are five facts about partisan responses to the coronavirus outbreak.

This post on partisanship and COVID-19 is drawn from a new survey exploring how Americans are continuing to respond to the coronavirus outbreak and explores how these views compare by party affiliation. For this analysis, we surveyed 11,537 U.S. adults March 19-24 2020. Everyone who took part is a member of Pew Research Center’s American Trends Panel (ATP), an online survey panel that is recruited through national, random sampling of residential addresses. This way nearly all U.S. adults have a chance of selection. The survey is weighted to be representative of the U.S. adult population by gender, race, ethnicity, partisan affiliation, education and other categories. Read more about the ATP’s methodology.

1 Majorities in both parties say that a range of restrictions have been necessary to confront the outbreak. For instance, 94% of Democrats and Democratic-leaning independents and 85% of Republicans and Republican leaners say it has been necessary to close K-12 schools, according to a Pew Research Center survey conducted March 19-24. 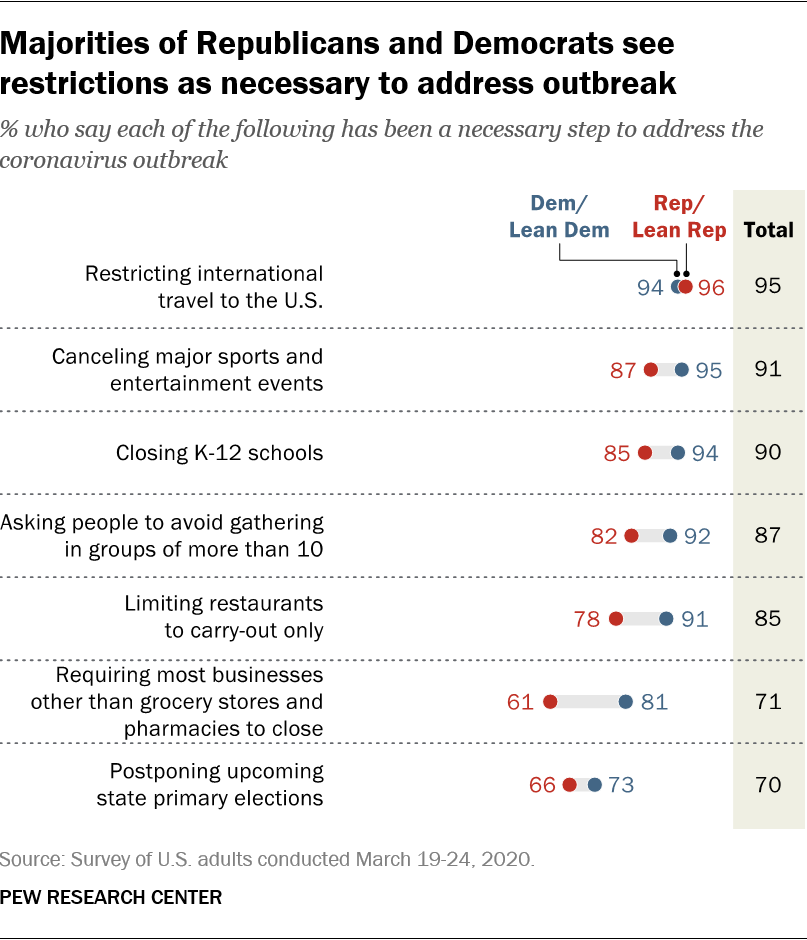 Majorities of both groups also see steps such as restricting international travel to the U.S. and canceling major sports and entertainment events as necessary to address the coronavirus outbreak. While there is broad bipartisan support for most measures, the shares of Democrats who say these steps are necessary tend to be even larger than the shares of Republicans who say the same.

There’s also general partisan agreement that top public officials have done a good job responding to the coronavirus outbreak. Majorities of Republicans (84%) and Democrats (74%) say public health officials, such as those at the Centers for Disease Control and Prevention, are doing an excellent or good job. Majorities of both groups also say their state and local elected officials are doing an excellent or good job.

Trump’s overall job approval rating increased 5 percentage points between January and late March, though more continue to say they disapprove (52%) than approve (45%) of how he’s handling his job. While the uptick in Trump’s approval rating has come across the board, the partisan gap in his job ratings remains enormous: Republicans are 73 points more likely than Democrats to say they approve of how Trump is handling his job as president (85% vs. 12%).

3 Democrats are more likely than Republicans to see the coronavirus in the most serious terms. As of last week, nearly eight-in-ten Democrats and Democratic leaners (78%) say the outbreak is a major threat to the health of the U.S. population as a whole; a much smaller share of Republicans and GOP leaners (52%) say the same. Democrats are also more likely than Republicans to say the coronavirus outbreak presents a major threat to the U.S. economy, their personal finances and their own health. 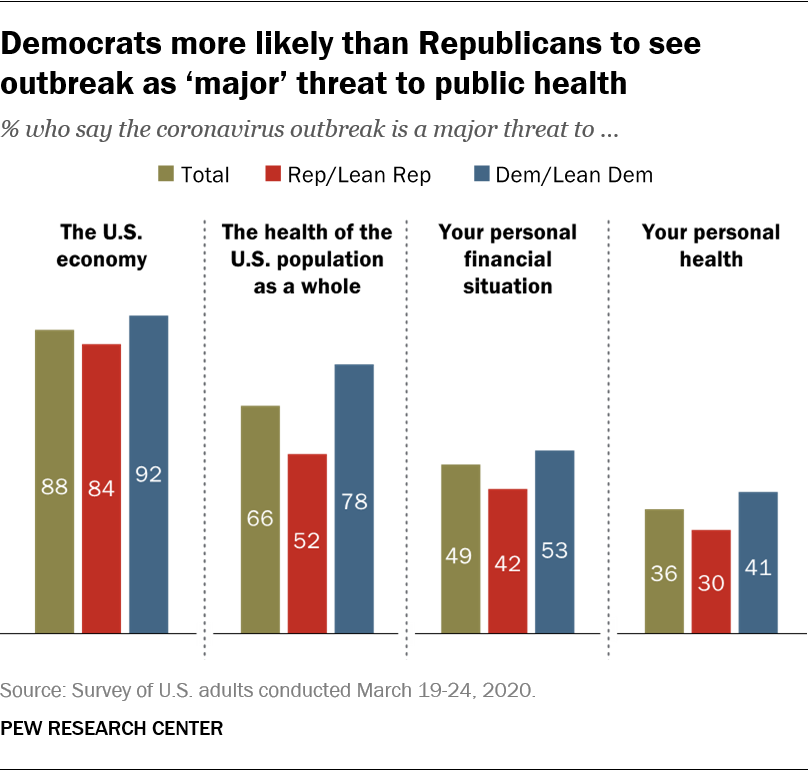 When it comes to the potential economic fallout from the coronavirus, 74% of Democrats think the outbreak will cause either a recession or a depression, compared with a smaller majority of Republicans (56%) who say this.

Views of the ability of the medical system to handle the outbreak also differ by party. In the March 19-24 survey, Republicans express more confidence than Democrats that hospitals and medical centers could handle the needs of people who are seriously ill during the coronavirus outbreak.

5 Republicans and Democrats differ on how people across the country are reacting to the outbreak. 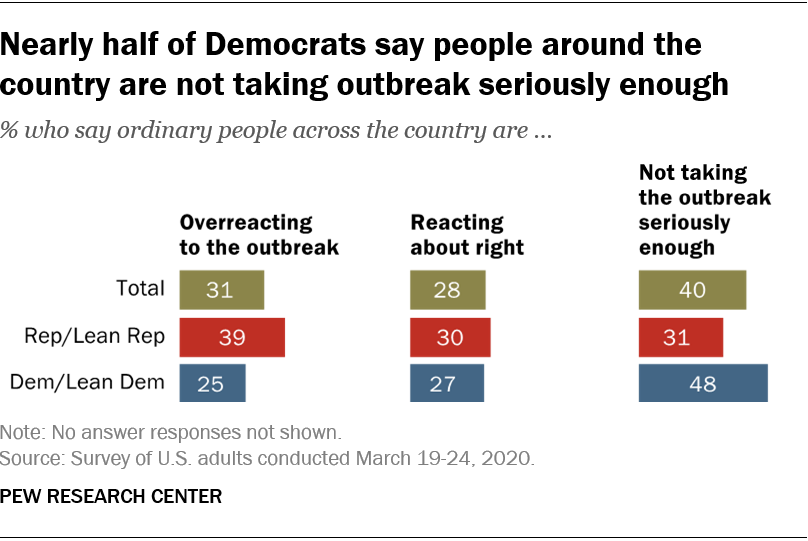