The Democratic presidential primary field has narrowed substantially following the first several contests, and Donald Trump is ramping up his reelection campaign after being acquitted in his Senate impeachment trial in February. So how have Americans been navigating the torrent of election news they’ve encountered so far in 2020?

A new Pew Research Center survey, conducted Feb. 18-March 2, examines what Americans have heard and think about a host of election-related topics, from Trump’s acquittal in the Senate to the (rapidly shrinking) field of Democratic presidential contenders to the spread of made-up news. We’re releasing the full survey data today in our interactive data tool.

The tool is part of the Center’s Election News Pathways project, a nearly yearlong initiative focused on what Americans hear, perceive and know about the election and how these attitudes relate to how and where they get news. This survey is the second of at least seven polls of about 10,000 U.S. adults that we’re fielding between November 2019 and October 2020 for this project. We plan to upload the data from each one directly into the tool for you to explore.

Below are five noteworthy findings from the new poll. Keep in mind that these represent just a small sampling of the kinds of findings you can unearth with the tool, so we encourage you to explore the interactive in more detail yourself.

To find out how Americans are navigating the news ahead of the 2020 election, we surveyed 10,300 U.S. adults from Feb. 18-March 2 – the second survey in the Center’s nearly yearlong Election News Pathways project. 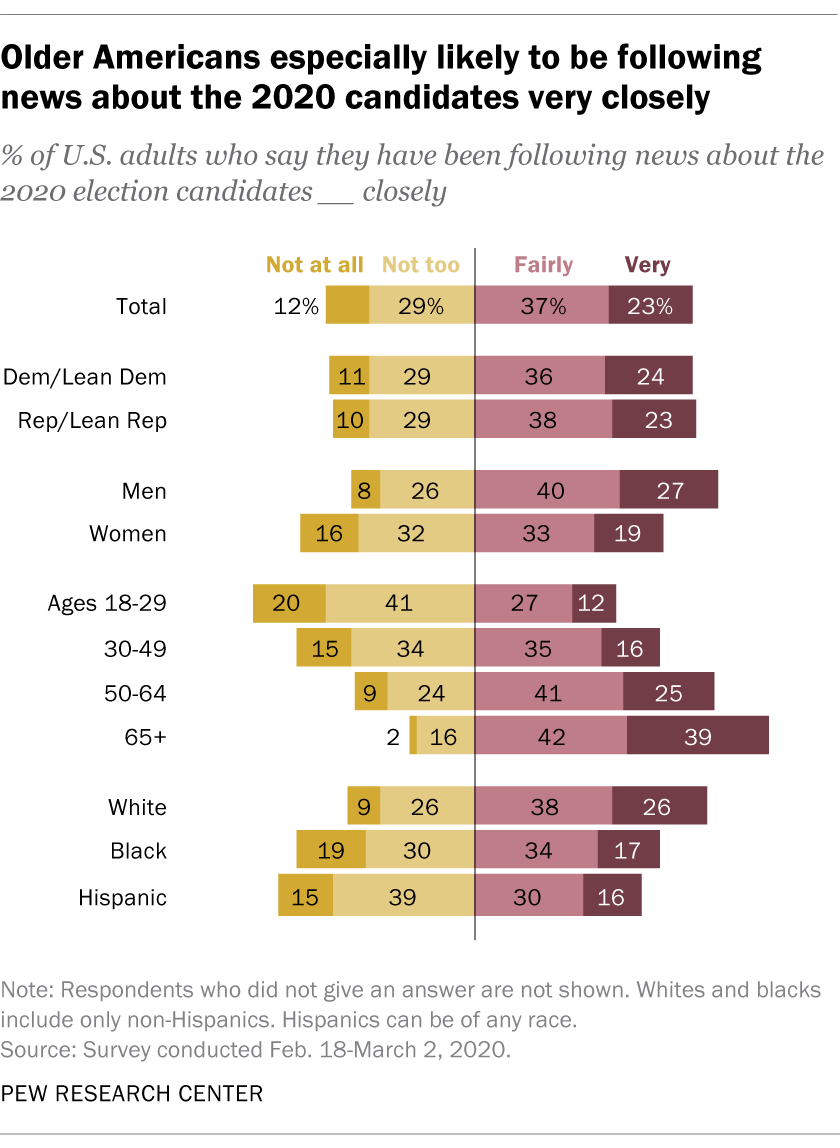 Americans ages 65 and older are about three times as likely as adults under 30 to say they’re following the news about the candidates very closely (39% vs. 12%). And white adults (26%) are more likely than black and Hispanic Americans to say this (17% and 16%, respectively). 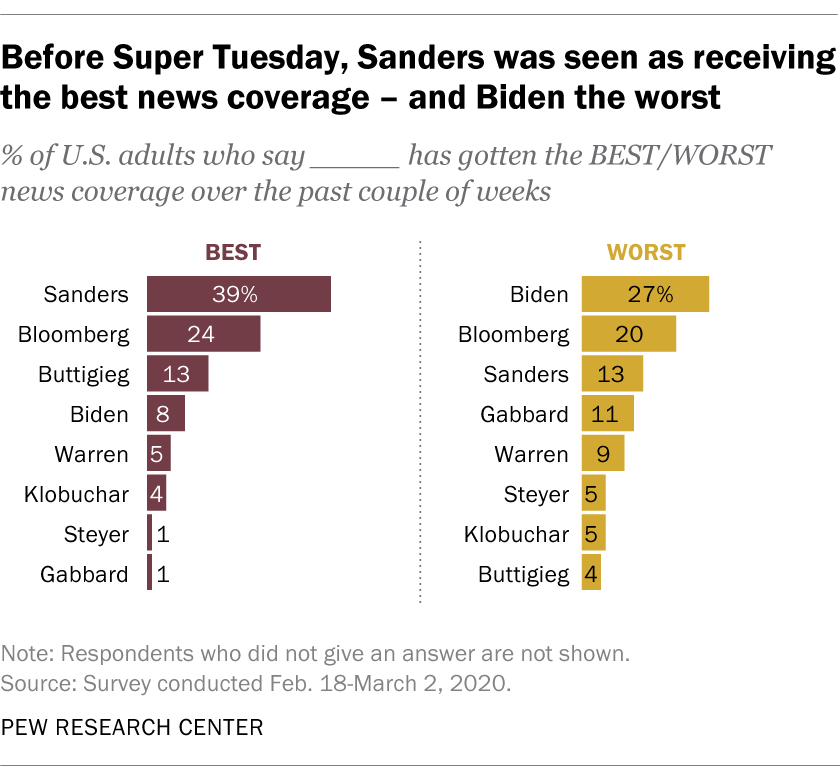 3 In the weeks before Joe Biden’s strong performance in South Carolina and on Super Tuesday, Americans considered him the Democratic presidential candidate with the worst recent news coverage. Around a quarter of U.S. adults (27%) said Biden had received the worst news coverage in the weeks leading up to the survey. Smaller shares said this about Michael Bloomberg (20%), Bernie Sanders (13%), Tulsi Gabbard (11%) and the other candidates. Republicans were slightly more likely than Democrats to say Biden had received the worst news coverage (31% vs. 25%).

As for which Democratic candidate had received the best news coverage, the largest share of Americans pointed to Sanders (39%). Considerably smaller shares said this about Bloomberg (24%), Pete Buttigieg (13%), Biden (8%) and other candidates. On this question, around four-in-ten Democrats as well as Republicans said Sanders had received the best coverage (41% and 37%, respectively).

Of course, perceptions about the positivity or negativity of the news coverage surrounding each candidate are likely related to that candidate’s performance in the early presidential caucus and primary states. Sanders had strong showings in Iowa, New Hampshire and Nevada, while Biden’s commanding victory in South Carolina didn’t happen until Feb. 29, near the end of the survey’s field period. 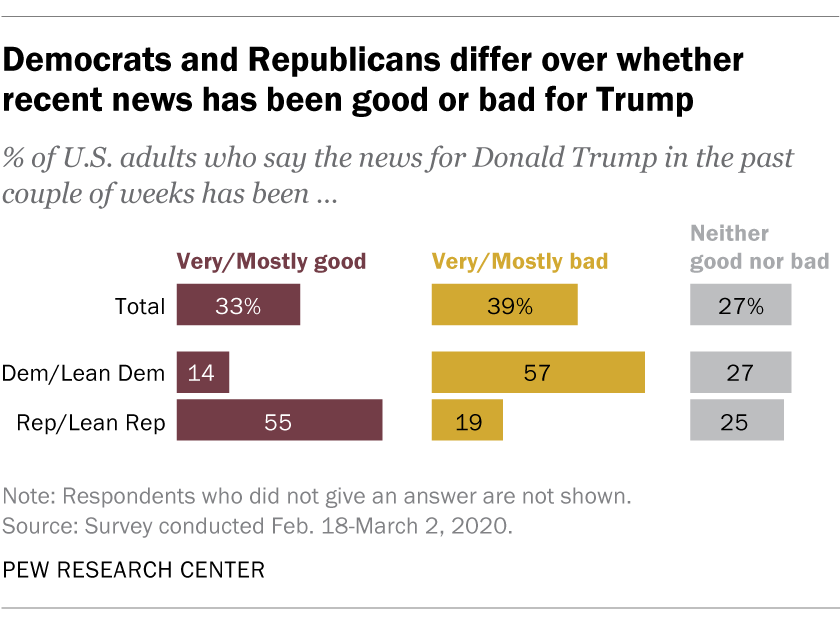 5 Partisans have nearly opposite perspectives on whether the news of the past few weeks has been good for Trump or bad for him. A 55% majority of Republicans say the news over the past couple of weeks has been very or mostly good for the president, while a 57% majority of Democrats said it has been very or mostly bad for him. (The survey was mostly conducted before concerns over the coronavirus escalated in the United States.)

Are you interested in doing your own analysis of the data in our new survey? Besides getting it through the data tool, you can access it through our API or download the full dataset here. (You’ll need to create an account first. You can find more details about how to download Pew Research Center datasets in this blog post.) We’ll be updating the tool and datasets regularly throughout the year with findings from future polls.