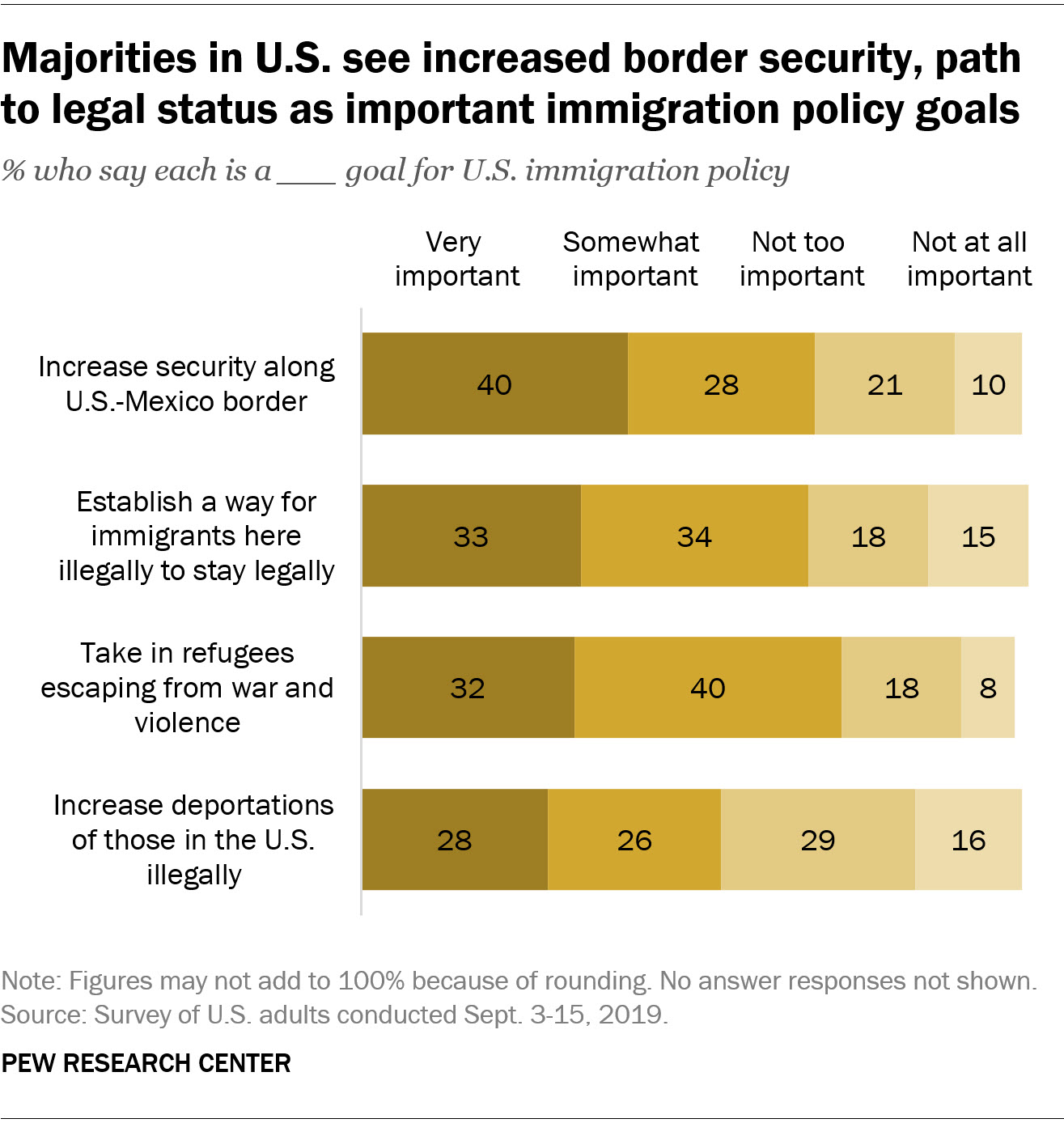 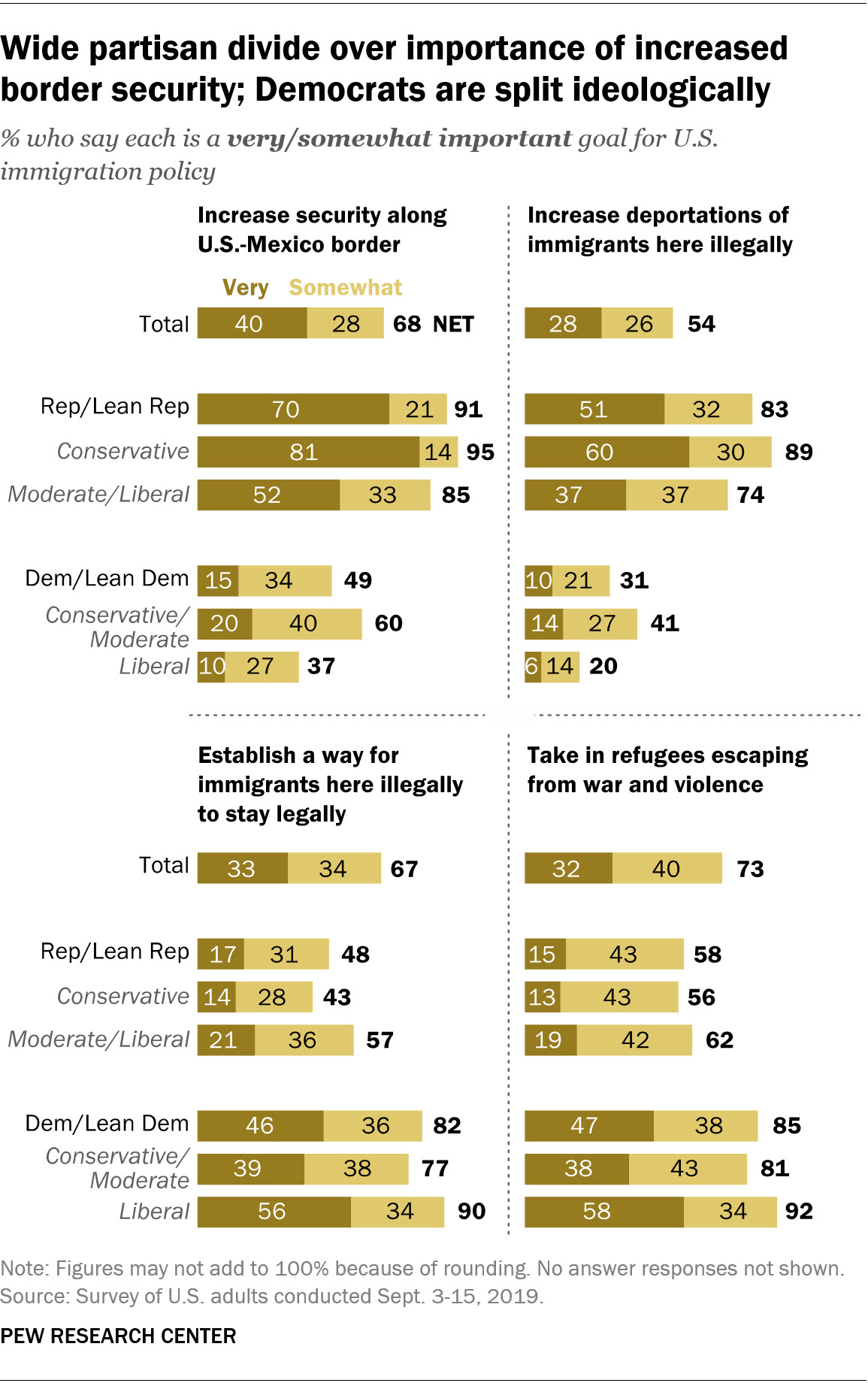 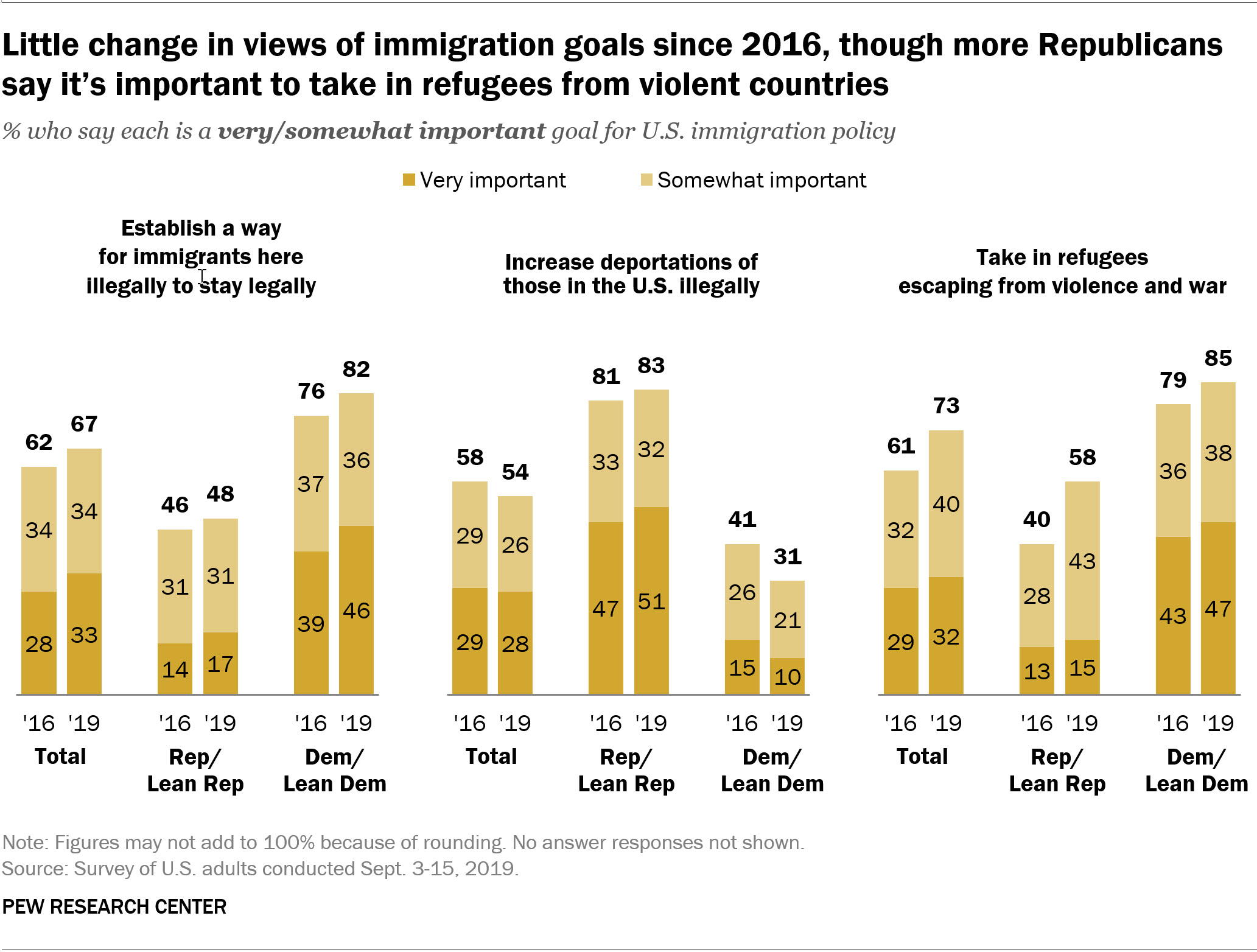 Path to legal status for the unauthorized is top immigration policy goal for Hispanics in U.S.
Most Latinos say U.S. immigration system needs big changes
State of the Union 2019: How Americans see major national issues
Americans in news media ‘bubbles’ think differently about foreign policy than others
State of the Union 2018: Americans’ views on key issues facing the nation