The annual meeting of the American Political Science Association took place in Washington, D.C., in September, with researchers from around the world showcasing new findings. Below are brief summaries of some of the research presented at the conference (though the meeting covered many other subjects, and our researchers couldn’t attend every panel). Several of these papers relate to past Pew Research Center work on misinformation and survey methodology.

As is true of many academic conferences, some of these results may be preliminary and could be revised, and several of the papers are not yet published in peer-reviewed journals. The full conference program is available here.

Researchers are learning more about early political socialization. Researchers from the University of Notre Dame looked at the formative years of political life using a nationally representative sample of teens ages 15 to 18. They showed that teen girls were particularly energized by the 2018 midterm election, and that, compared with boys, girls’ belief that they can make a difference politically (such as by writing elected officials, protesting or otherwise making their voices heard) improved dramatically.

In another project, a team of political scientists interviewed over 1,000 elementary school-aged children in the U.S. to assess their feelings toward government and political leaders. The researchers found that half of the children they interviewed had some kind of partisan attachment by the time they were 12, and that these children were not shy about expressing negative views about those they disagreed with politically.

Emerging techniques to fight misinformation are seeing some success. Replies to a tweet containing an erroneous claim about raw milk helped reduce perceptions that such milk is healthy and safe, according to an experimental study conducted on Mechanical Turk by researchers from Georgetown University, the University of Minnesota and the University of Iowa. The researchers found that the tone of the reply didn’t seem to matter: Uncivil corrections (“Oh come on, don’t be stupid. Everyone knows that pasteurizing milk doesn’t affect its nutrients”) were as effective as more civil corrections.

Using computational similarity measures to identify recurring bill sections across 13 Congresses, a team of researchers developed a method to track “unorthodox lawmaking,” in which legislators enact policy by attaching content from their own prior, unsuccessful bills to new legislation – sponsored by other lawmakers – that becomes law. Expanding on existing measures of legislative effectiveness, the authors introduced a new measure (known as LawProM) that accounts for the passage of these “hitchhiker bills,” which they find are more common among female members of Congress.

In another paper, researchers focused more broadly on both successful and failed hitchhiker bills, using a supervised machine learning approach to identify 15,000 such bills across 11 Congresses. The study found that hitchhiker bills are more likely to be enacted into law when they are attached to bills sponsored by a committee chair or a member of the majority party, and when the bill and hitchhiker sponsors have greater ideological differences (which may help broaden a bill’s bipartisan appeal).

Innovative work in survey measurement. Many political scientists work with public opinion data, and several papers highlighted innovation in survey measurement and design. For example, researchers from the University of North Carolina presented an exploratory study about measuring the policy issues that are seen by the public as most important. Rather than asking generally about the most important issues for the country, they asked individuals about a series of issues and whether they, personally, had given a lot of thought to each one. The conclusion: People had distinct issues of personal importance. The findings suggest that public opinion research would benefit from more careful understanding of segments of the population that are intensely interested in particular areas.

Separately, in a thorough examination of who is more likely to respond “don’t know” to survey questions, a researcher from the University of California at San Diego found that women are consistently more likely to do so than men. Using the American National Election Studies archive, the analysis found that this gender gap has decreased over time, but persists. The study also showed that women often will seek more information about an issue prior to offering their opinions, suggesting that part of the gap in “don’t know” responses is accounted for by different information thresholds between men and women. 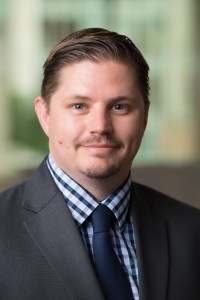 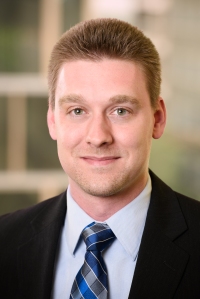