Most Americans, including majorities of both Republicans and Democrats, see higher education as a gateway to good job opportunities. 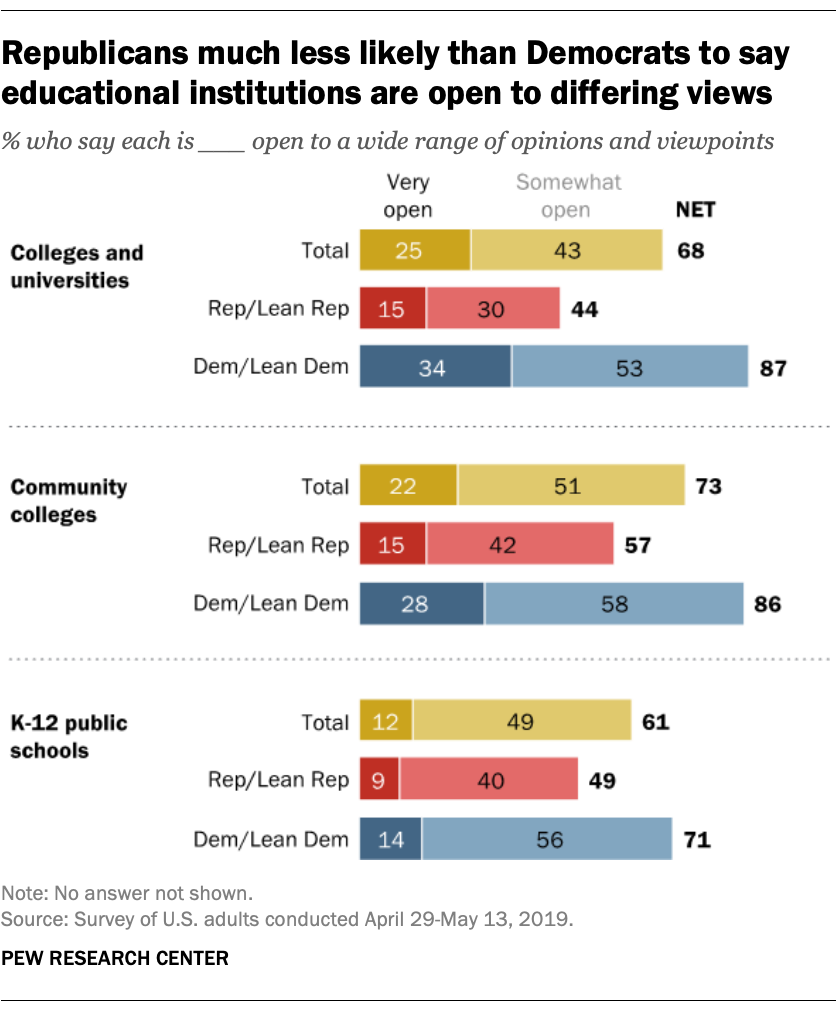 However, a recent Pew Research Center survey finds that Republicans are much more skeptical than Democrats when it comes to whether colleges and universities are open to different points of view. This partisan gap is not just limited to views of these institutions – Republicans also are less likely than Democrats to see community colleges and K-12 public schools as open to a wide range of opinions and viewpoints.

Overall, about two-thirds of Americans (68%) say colleges and universities are very or somewhat open to a wide range of opinions and viewpoints; 31% say they are not too or not at all open. But among Republicans and those who lean to the Republican Party, 44% believe colleges and universities are at least somewhat open to a wide range of views. Democrats and Democratic leaners are nearly twice as likely (87%) to feel this way.

The wide partisan gap in these views is consistent with assessments of the impact of colleges and universities on the country as a whole: In recent years, Republicans have been more likely to say colleges have a negative effect on the country than a positive one, while Democratic views remain largely positive.

Those who have a bachelor’s degree or higher – and particularly those with a postgraduate degree – are more likely than other adults to view colleges and universities as open to a wide range of opinions and viewpoints. 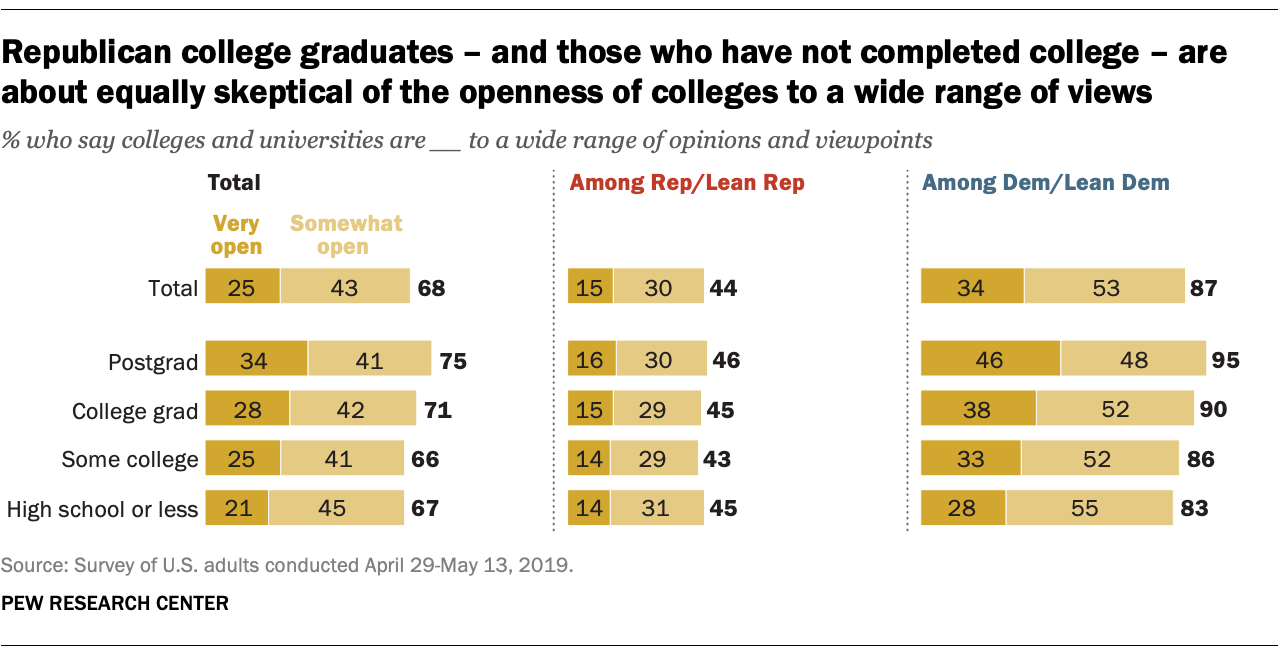