About six-in-ten U.S. Hispanic adults (58%) say they have experienced discrimination or been treated unfairly because of their race or ethnicity, though their experiences vary by skin color, according to a recently released Pew Research Center survey. 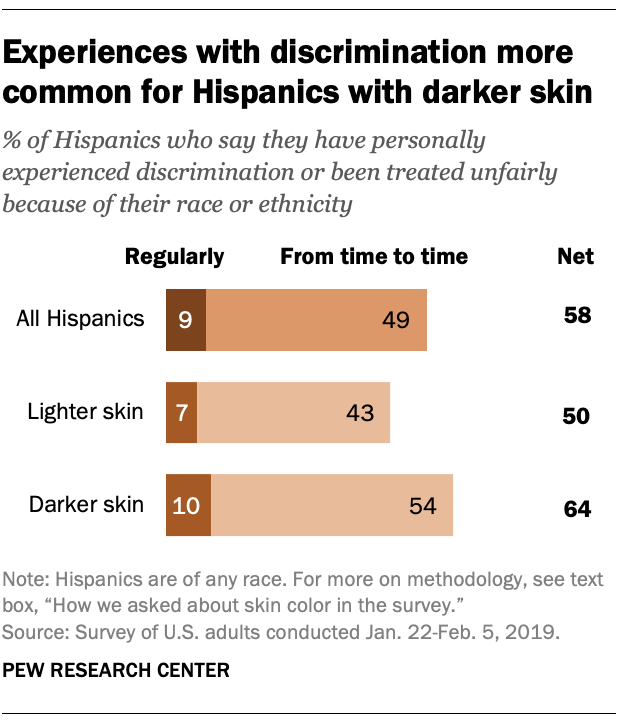 About two-thirds of Hispanics with darker skin colors (64%) report they have experienced discrimination or been treated unfairly regularly or from time to time, compared with half of those with a lighter skin tone. These differences in experiences with discrimination hold even after controlling for characteristics such as gender, age, education and whether they were born in the U.S. or abroad. 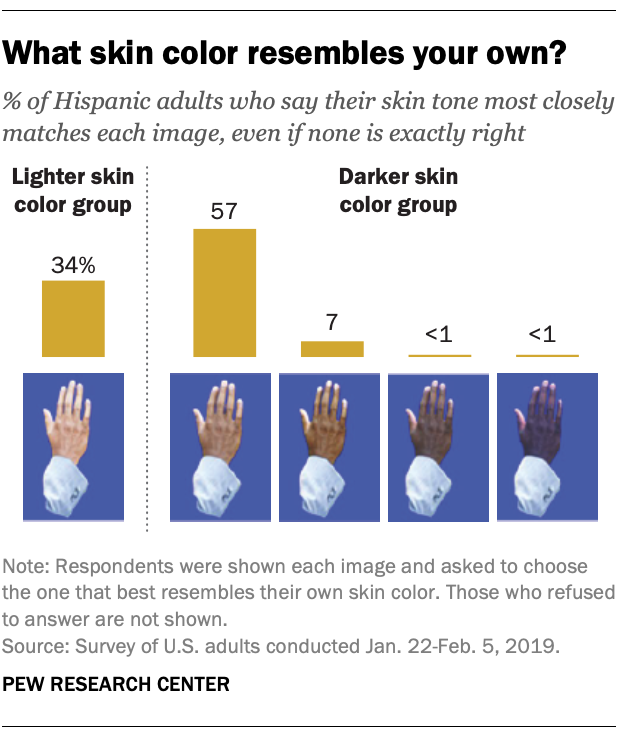 The survey asked black and Hispanic respondents to identify the skin tone that best resembles their own using a modified version of the Massey-Martin scale. Respondents were shown five skin tones that ranged from fair to dark (see graphic for images used).

Regardless of skin color, Hispanic experiences with discrimination can differ from those of other groups. Hispanics with darker skin tones are less likely than black Americans to say that people have acted as if they were suspicious of them, or to report having been unfairly stopped by police. Even so, comparable shares of Hispanics with darker skin tones and black Americans say they have been subject to slurs or jokes. 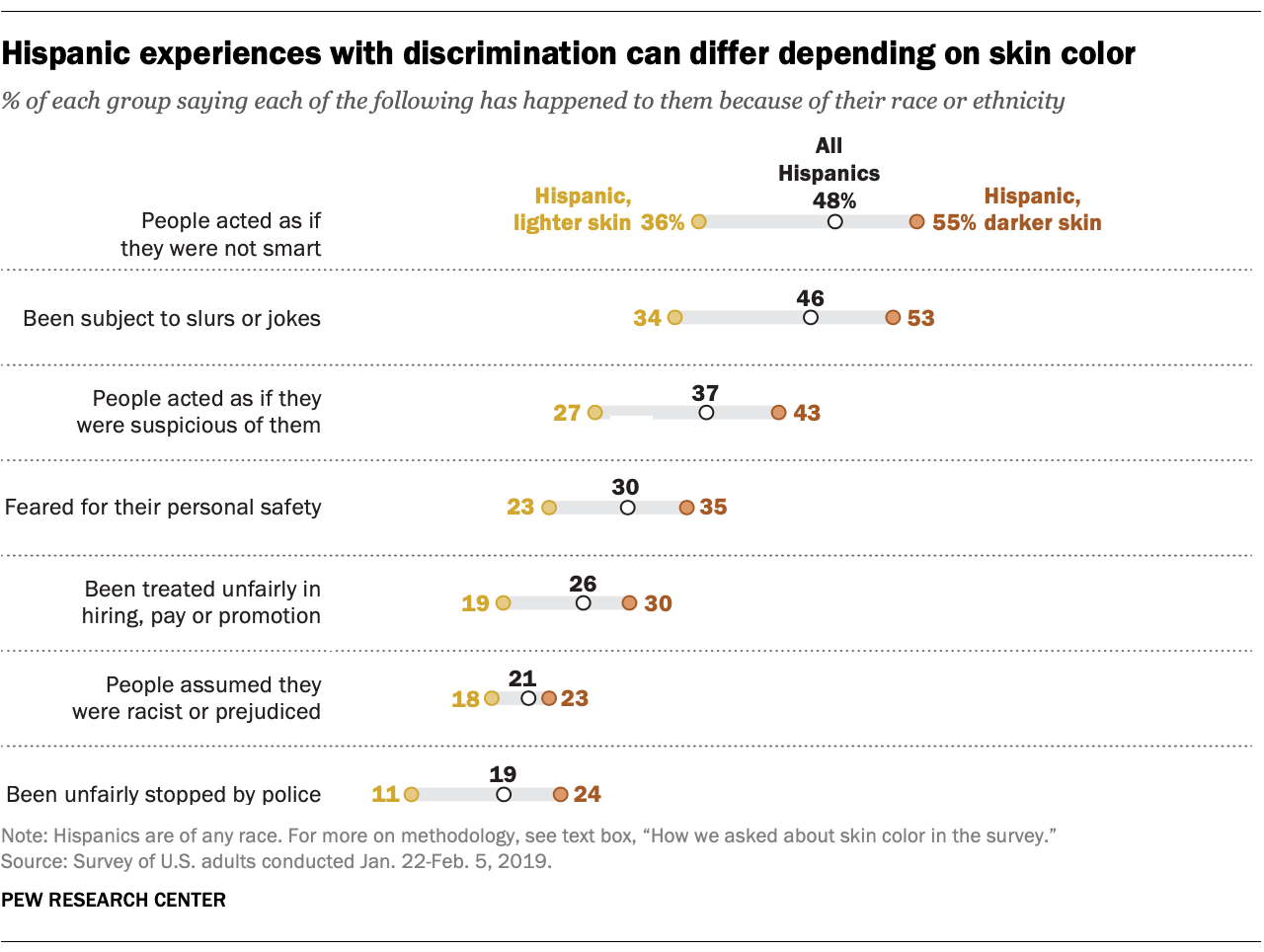 By contrast, Hispanics with a lighter skin tone have had experiences with discrimination that are similar to those of non-Hispanic whites. Among both groups, about a quarter say people have acted as if they were suspicious of them, roughly a third have been subject to slurs or jokes, and about two-in-ten (19%) say they have been treated poorly in hiring, pay or promotion. It is important to note that about half of Hispanics (52%) identify their race as white, a share that increases to about two-thirds (68%) among those with the lightest skin color.

The survey also asked Latinos what race people would ascribe to them if they walked past them on the street. About seven-in-ten (71%) say others see them as Hispanic or Latino, while two-in-ten (19%) say white and less than 5% mention other races. Latinos who say others view them as nonwhite are more likely than those who say they are viewed as white to say they have experienced discrimination or been treated unfairly because of their race or ethnicity (62% vs. 50%). Latinos who say others see them as nonwhite are also more likely to say they have experienced people acting as if they were suspicious of them or as if they were not smart.