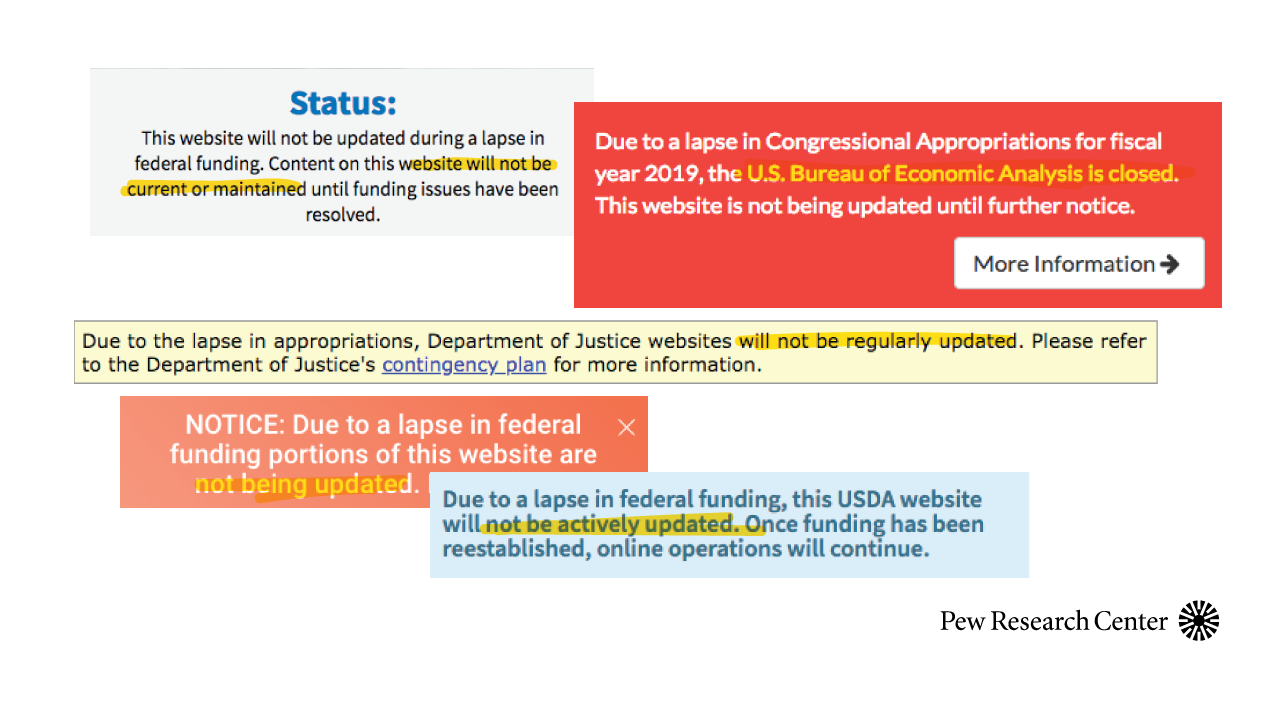 The ongoing shutdown of large parts of the federal government – now at 18 days and counting – has left hundreds of thousands of federal workers either furloughed or working without pay indefinitely, reduced staffing at national parks to skeleton levels, and closed down popular museums. It’s also squeezed the daily flood of data from federal agencies down to a trickle, affecting everyone from investors and farmers to researchers and journalists.

Figuring out which of the government’s data streams will continue to flow and which have been stoppered is complicated, not least because some agencies were fully funded before last month’s budget negotiations reached a stalemate, and thus have been able to keep operating. Here’s a look at what data are and are not available during the shutdown, from what we’ve been able to find out via agency release schedules and planning documents, third-party calendars, and our own reporting. Bear in mind that, based on past experience, scheduled data releases may be delayed because of information-gathering backlogs even after the budget impasse is resolved and agencies fully reopen.

Not affected by the shutdown, because their departments have been fully funded by already-enacted appropriations laws, are the Centers for Disease Control and Prevention, the National Center for Health Statistics, the National Center for Education Statistics and the Energy Information Administration. The Federal Reserve, which doesn’t rely on Congress for funding, issued its monthly report on consumer credit on Jan. 8, and is scheduled to release its monthly report on industrial production and capacity utilization on Jan. 18. The Federal Housing Finance Agency, which funds itself through assessments on Fannie Mae, Freddie Mac and the 11 Federal Home Loan Banks, has continued its closely watched monthly reports on house prices and mortgage rates.

1
Majority of Americans continue to favor moving away from Electoral College
2
Teens, Social Media and Technology 2022
3
Biden has appointed more federal judges than any president since JFK at this point in his tenure
4
As Partisan Hostility Grows, Signs of Frustration With the Two-Party System
5
What the data says about abortion in the U.S.