When Pope Francis leads Mass on Wednesday in Washington, D.C., he will speak not in English, but in his native Spanish.

Leaders in the Catholic Church say the pope’s delivery in Spanish serves as a nod to the new saint he will canonize, Junipero Serra, a Spanish-American missionary who established a chain of missions in California during the late 1700s. While the pope is most comfortable speaking Spanish, the church’s Latino population in the U.S. is growing and now makes up one-third of the flock. 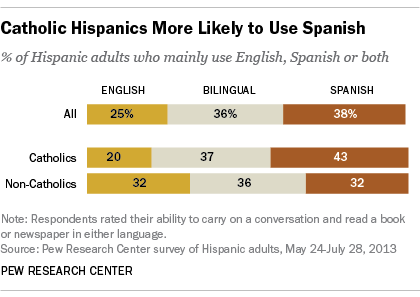 Because Spanish is the most common language spoken by Americans except for English, the pope will find a large share of his parishioners able to understand his message.

A majority of all Hispanic adults identify as Catholic and a large majority of Hispanic Catholics speak Spanish fluently, according to our 2013 National Survey of Latinos. Eight-in-ten Hispanic Catholics use mostly Spanish or are bilingual. In fact, they are more likely to be Spanish speakers than non-Catholic Hispanics (68%). 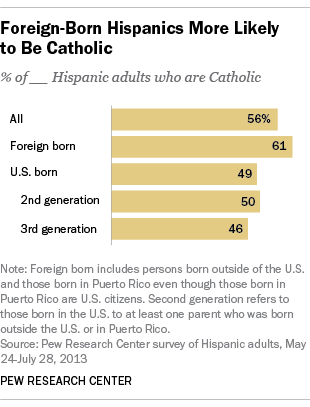