Congress designated the first Sunday after Labor Day as National Grandparents Day back in 1978. Jimmy Carter, who was president at the time, spoke about the importance of grandparents, praising them for their “sacrifices that produced much of the progress and comfort we enjoy today.”

With the day coming up this Sunday, it’s a good time to look at how often and by what means Americans keep in touch with the eldest members of their families. 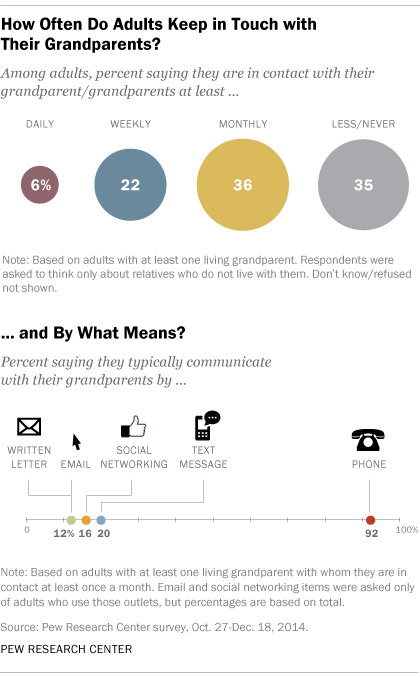 Phone calls are the most popular mode of communication between adult grandchildren and their grandparents. About nine-in-ten (92%) of those who are in contact with their grandparents at least monthly say they use the phone. Still, about a third (32%) rely on at least one of the newer forms of technology such as text messages, social media or email.