This year marked the 25th anniversary of the creation of the internet, making it a good time to look at how the internet had changed lives and what opportunities, challenges and dangers the coming years might bring. To do that, the Pew Research Center and Elon University’s Imagining the Internet Center posed a battery of questions to nearly 3,000 internet experts and scholars, centering on where things would stand by the year 2025 as technology and society kept evolving.

The wealth of material from this non-scientific, opt-in canvassing of experts resulted in seven reports about what trends might emerge in online life between now and 2025. The reports looked at the general future of technology, the internet of things, specific threats to the internet, the impact of artificial intelligence and robotics on jobs, the rise of killer apps in the gigabit age, the dangers posed by cyber attacks, and the future of privacy.

Here are what we considered to be the key takeaways from the reports:

1 The internet will become “like electricity” in people’s lives – omnipresent and less “visible.” Technology change is relentless and largely predictable, most of the experts agreed. They saw the rise of the Internet of Things, coming advances in artificial intelligence, the emergence of “smart” machines, the spread of sensors that will make the environment and buildings more intelligible, and the expansion of bandwidth as communities embrace internet  speeds 10-to-100 times faster than current bandwidth. 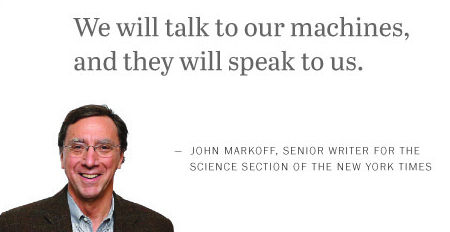 Some experts differed about the timing and ease of moving fully into this future, but there was little doubt that in the coming decade more and more people will wear the internet (and even have linked stuff inside their bodies), walk into internet-connected rooms and down networked streets, drive in the connected cars and public transit, get food and other goods from smart refrigerators/toasters/ovens, move through spaces bristling with connected sensors, and monitor remote places via apps and cameras.

2Some very fundamental human activities — things like learning, thinking, working, and being “present” with others — will be transformed by these changes. People will operate in an environment in which decisions about the information they get and the media encounters they have will be organized by machines and “cooperating devices.” Those on the grid will not only have new, real-time insights into the people and environment around them, they will also learn a great deal more about themselves. 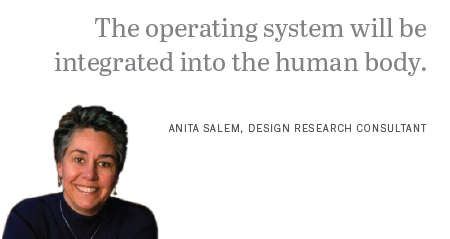 Routine work activities will increasingly be handed off to robots and artificial-intelligence agents, so the very nature of work will change, and people who live in the highest bandwidth communities could have the pleasure of interacting with each other through holograms and taking virtual tours of the most compelling parts of the planet – and maybe the heavens.

3The problems of privacy and digital divides could worsen. Some new difficulties could arise. A good number of the experts predicted a future that would be “unevenly distributed” and one with more social fissures might arise, presenting hurdles to people who do not have the resources to afford the gadgetry or the skills and tech-literacy to navigate the more complicated environment of 2025. 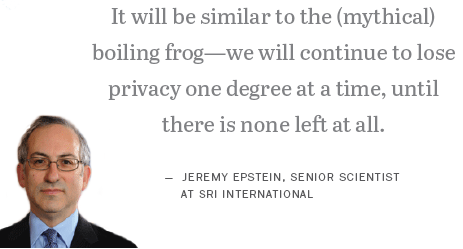 This emerging digital world will also be saturated with the personal data that people share and that are captured about them, leading many of the experts to worry that privacy will be lost or at least severely compromised as corporations and governments step up surveillance.

4Humans, their institutions, and their norms never adapt to changed circumstances as quickly as the technology advances and often do not respond even to obviously pressing problems until after catastrophe occurs. Some experts worry that when the reaction comes, governments trying to protect themselves – and their cultures – might split up the global internet into a divided mess of networks that will not function the way the current internet does. The direction and pace of things might vary, so now is a good time to build a better future.

5Clear majorities of experts we canvassed favored an open internet with end-to-end architecture and net neutrality principles, and they fear that powerful organizations like corporations and governments might foul things up. Sonigitu Asibong Ekpe, a consultant with the AgeCare Foundation, a non-profit organization, reflected the hope expressed by many experts who participated in our reports when she said: “By allowing ourselves to explore and rehearse divergent and plausible futures for the Internet, not only do we prepare for any future, we can also help shape it for the better.”

Topics
Emerging TechnologyPlatforms & Services
Share this link:
Janna Anderson  is a former professor of communications and Director of the Imagining the Internet Center at Elon University.
POSTS BIO EMAIL