One of the groups caught in the path of Sunni militants fighting under the banner of the Islamic State of Iraq and Syria (ISIS) are the Yazidis, members of a minority religious group whose members were among the thousands of civilians who had been trapped in the Sinjar mountains of Iraq without food or water. Last week, President Obama authorized airstrikes on ISIS as well as humanitarian aid to help the refugees.

The Yazidis are an ethnically Kurdish religious group whose beliefs include elements similar to Zoroastrianism, Christianity and Islam. They are mainly concentrated in northern Iraq, but some also live in Syria, Turkey and a few other countries. Violence against Yazidis predates the current offensive, although ISIS represents a more systematic threat to the group.

While published estimates of the size of the Yazidi population vary greatly — from fewer than 300,000 in the entire world to about 700,000 in northern Iraq alone — little reliable data are available. The 1965 Iraq census — the most recent census with readily available figures on Yazidis — found that they made up nearly 1% of the population (70,000 Yazidis out of about 8 million Iraqis overall). If the percentage of Yazidis in Iraq’s population has held constant, there would be slightly more than 300,000 today.

It is possible however that emigration and persecution could have reduced the Yazidi population. In a 2011 report, the International Organization for Migration (IOM) estimated there were approximately 230,000 Yazidis in Sinjar district, where most of the group reportedly lives.

On the other hand, a more recent estimate, which the U.S. State Department attributed to Yazidi leaders, asserted that there are between 500,000 and 700,000 Yazidis in Iraq today. Those figures, if accurate, would mean that the Yazidi population grew considerably faster than Iraq’s overall population since 1965. That is at least theoretically possible, because less educated groups tend to have higher fertility rates, and approximately 69% of Yazidis interviewed in the Sinjar district were illiterate in 2011, according to the IOM.

The Yazidis’ situation had deteriorated under Saddam Hussein, whose “Arabization” campaigns in the 1980s – which targeted Iraqi Kurds – resulted in the internal displacement and unemployment of many Yazidis.

Violence against Yazidis continued after the fall of Hussein’s regime and up to the current ISIS offensive. The Pew Research Center’s ongoing study of global restrictions on religion has found widespread religious hostilities in Iraq since 2007, including attacks on religious minorities. Some of these specifically involved Yazidis who were harassed and intimidated by social groups, often reportedly out of anger that they sold alcohol. Reported incidents include a 2012 murder and mutilation of a Yazidi couple in Mosul by unidentified gunmen. And, in May 2013, militia groups attacked businesses in Baghdad they saw as “un-Islamic,” resulting in the murder of 10 Yazidis working in a liquor store.

The post-Hussein government in Iraq has made some efforts to improve conditions for Yazidis. One seat in the national parliament is reserved for a Yazidi, as is one seat in the regional Kurdistan parliament. And Yazidis receive some funding from the national government as part of an endowment that provides money to minority religions’ religious sites. Despite this, there have been reports of government forces not protecting Yazidis from harassment by other groups. 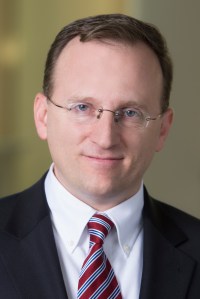