A new Pew Research Center report on higher education contains a number of findings about the rising value of a college degree (as well as the rising cost of not going to college). College-educated millennials are outperforming their less-educated peers on virtually every economic measure, and the gap between the two groups has only grown over time. Here are six key findings that provide a compelling answer to the question: Is going to college worth it?

11A college education is worth more today. There’s a wider earnings gap between college-educated and less-educated Millennials compared with previous generations. 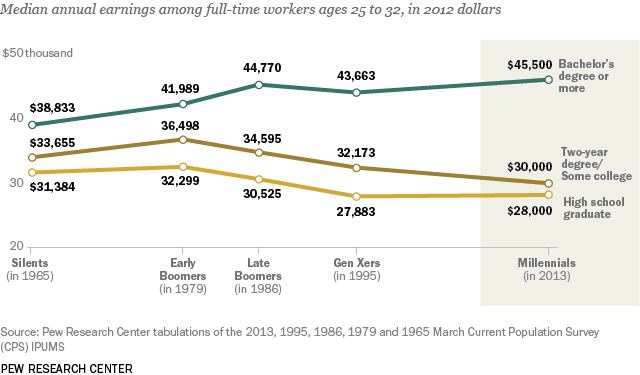 22College benefits go beyond earnings: In addition to earning more, college-educated Millennials also have lower unemployment and poverty rates than their less-educated peers. They’re also more likely to be married and less likely to be living in their parent’s home.

33College grads are more satisfied with their jobs: College-educated Millennials are more likely to see themselves on a career path, rather than just working at a job to get them by.

44The cost of not going to college has risen.  Millennials with just a high school diploma are faring worse today than their counterparts in earlier generations by almost every economic measure examined. 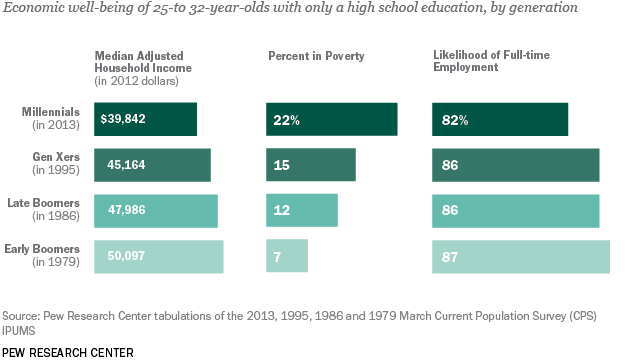 55College grads say college is worth it:  About nine-in-ten college grads in every generation say college has been, or will be, worth the investment. Despite a steep rise in college tuitions, Millennials agree. 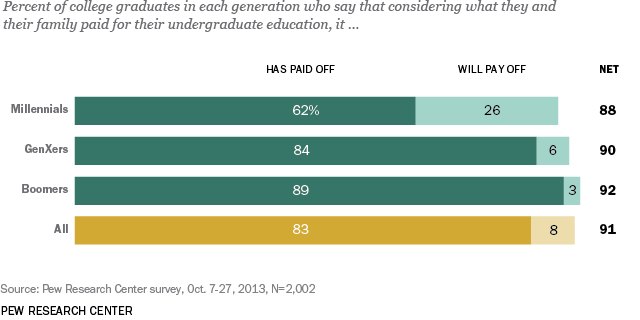 66 College majors matter. Among all grads, science or engineering majors are the most likely to say their current job is very closely related to their field of study and the least likely to say that a different major would have better prepared them for the job they really wanted.

Read the full report: The Rising Cost of Not Going to College