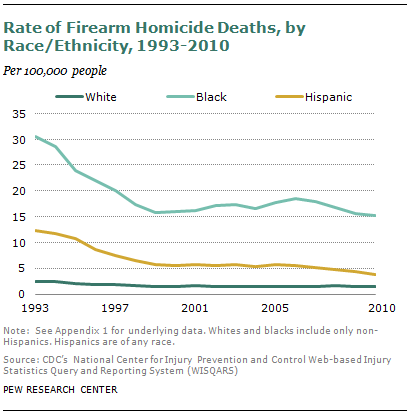 From 2000 to 2010, when the overall gun homicide rate decline slowed, the Hispanic rate fell 32%, while the black and white rates declined only 4%. Read more

The demographics and politics of gun-owning households

Why timely, reliable data on mass killings is hard to find

Rate of non-fatal violent crime falls since the 1990s