As the Senate wrestles with proposed legislation to give a chance at citizenship to immigrants living in the U.S. illegally, one of the arguments made against such a measure by opponents is that granting legal status would reward them for breaking the law. 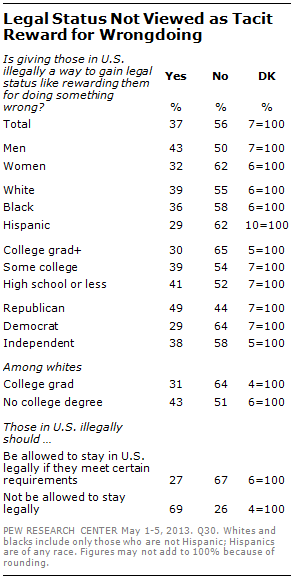