Cinco de Mayo, which comes this Sunday, has in the past few decades become widely celebrated in the United States, and not just among the 33.7 million U.S. residents of Mexican origin. (It’s not, as sometimes thought, Mexico’s Independence Day — that’s Sept. 16. Rather, Cinco de Mayo commemorates the 1862 victory of Mexican forces over an invading French army at the Battle of Puebla.) 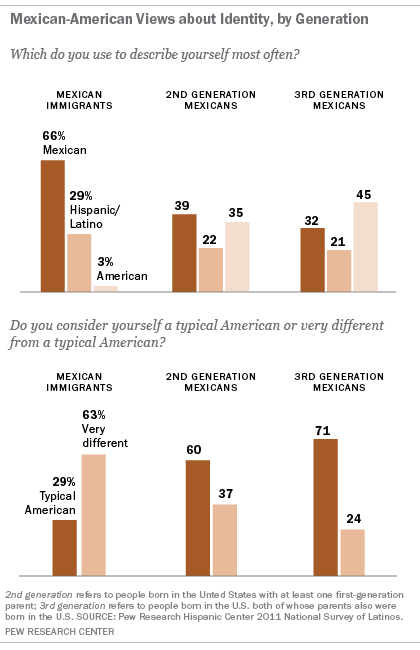 Cinco de Mayo also is a good time to take a look at how Mexicans in the United States view their identity. A 2011 survey by the Pew Hispanic Center found that 52% of U.S. Hispanics of Mexican origin usually described themselves as “Mexican” or “Mexicano,” while 26% described themselves as Hispanic or Latino and 19% most often said they were American.

While it’s a federal holiday in Mexico, Cinco de Mayo isn’t considered a particularly major one (except in Puebla State, where the battle occured). But many U.S. cities will mark Cinco de Mayo with parades, street festivals and other public celebrations of Mexican heritage and culture.