The survey found that a majority of Americans favor legalizing the use of marijuana for the first time in more than four decades of polling.

(See also a slideshow with key findings from our latest survey about public opinion on marijuana and a timeline tracking trends on whether it should be legalized).

More than half of young people (56%) say they have ever tried marijuana, and 27% say they have tried it in the past year – by far the highest percentage in any age category.

Democrats and Republicans are about equally likely to say they have tried the drug over their lifetimes, 47% vs. 43%; independents are somewhat more likely to have used it (53%). Read more 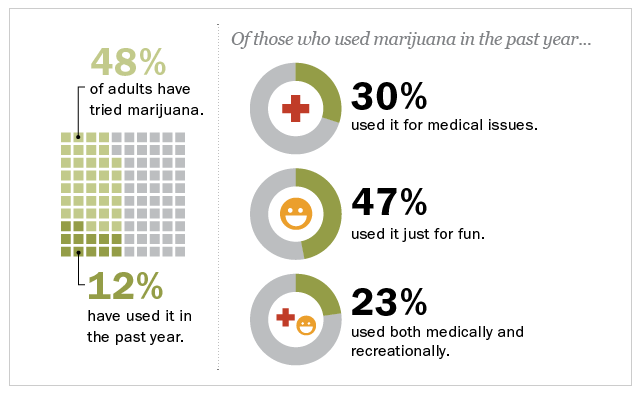