Record shares of young adults are completing high school, going to college and finishing college. These across-the-board increases have occurred despite dramatic immigration-driven changes in the racial and ethnic composition of college-age young adults, a trend that had led some experts to expect a decline in educational attainment.

These trends in educational attainment reflect the growing importance the American public places on a college education. In a July 2009 Pew Research Center survey, 73% of adults agreed with the following statement: In order to get ahead in life these days, it’s necessary to get a college education. When CBS News and The New York Times asked the same question in 1978, only 49% of adults agreed. Read more 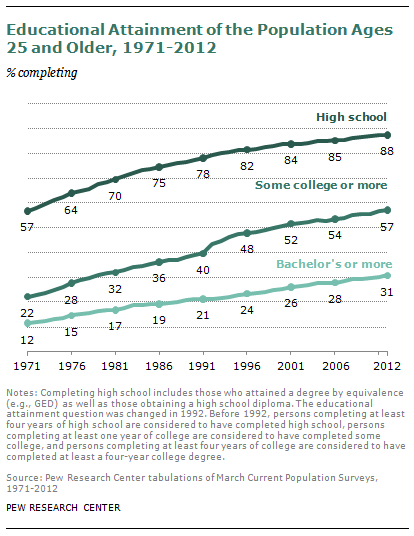