Q. For the first half of 2012, most polls on the 2012 campaign were based on registered voters. Now surveys are starting to base their horserace estimates on likely voters. Why the shift now, and how do you go about determining who really is more likely to vote? 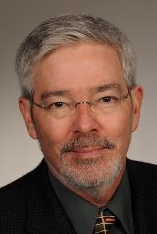 A. Pew Research and many other polling organizations typically do not report on likely voters until September, after the nominating conventions have concluded and the campaign is fully underway. The reason many pollsters report only on registered voters in the period before then is that, while campaigns may seem to be in full swing earlier, most voters are not fully engaged in the election yet. And much of the hard work of mobilizing voters has not taken place and won’t occur until closer to the election. Accordingly, any determination of who is a likely voter prior to September may contain a significant amount of error.

Identifying likely voters is one of the most difficult aspects of conducting election polls. More respondents say they intend to vote than actually will cast a ballot. As a consequence, most pollsters do not rely solely upon a respondent’s stated intention when classifying a person as likely to vote or not. Most pollsters use a combination of questions that measure intention to vote, interest in the campaign and past voting behavior. Different pollsters use different sets of questions to help identify likely voters.

We use a lengthy set of questions to assign each respondent a score on the likely voter scale in our final pre-election poll. Earlier in the campaign, we often use a somewhat shorter version of the scale to identify likely voters. The set of questions may include some or all of the following:

• How much thought have you given to the coming presidential election?
• How closely have you been following news about the candidates?
• Do you plan to vote in the presidential election? How certain are you that you will vote?
• Rate your chance of voting in November on a scale of 10 to 1, with 10 being “definitely will vote” and 1 “definitely will not vote.”
• How often do you follow what’s going on in government and public affairs?
• Have you ever voted in your precinct or election district?
• How often would you say you vote?
• Do you happen to know where people in your neighborhood go to vote?
• In the last election, did things come up that kept you from voting or did you vote?

In the past three presidential elections, Pew Research Center surveys conducted in September and October found little difference between election estimates based on all registered voters and those we identified as most likely to vote. On the eve of the election, the surveys found a much wider difference. This pattern suggests that determining who is a likely voter gets more accurate as Election Day nears.