Paul Taylor, the Pew Research Center’s executive vice president, answered questions on the PBS NewsHour about the Center’s study showing an increase in residential segregation by income. Following is an excerpt from an interview with NewsHour senior correspondent Gwen Ifill. You can see a video and full transcript of the discussion on the NewsHour’s website. 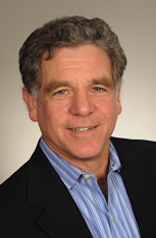 GWEN IFILL: Let’s start with definitions. What do you mean when you say economic segregation?

PAUL TAYLOR: For the purpose of this analysis, we divided all households in the country into three groups, lower, middle and upper.

GWEN IFILL: And how has that gap grown wider?

PAUL TAYLOR: What has happened is that the middle has shrunk.

There are fewer people in that middle segment now than there used to be. And that’s a large reason that we see more income segregation. The middle has hollowed out. We know that not just from this report. We know that from following census data over decades now.

So, the question is, because there are fewer people in the middle, has it affected where we live and with whom we live and what our neighborhoods look like? And the answer from this report is yes.

PAUL TAYLOR: It’s really fascinating, because while it has happened all across the country, there are pretty stark differences by metro areas and by regions.

The three cities that have seen by far the greatest growth in income segregation are all in Texas, the three big cities of Texas, Houston, Dallas, and San Antonio. They are now — among the nation’s 30 largest metro areas, they have the highest levels of income segregation.

GWEN IFILL: What is it about Texas?

There has been a migration stream that it’s been attractive because they’re economically vibrant. So you have high-end workers. You have — maybe in Sunbelt areas, you have some well-to-do retirees. These folks might be attracted to living in more well-to-do neighborhoods.

You have a tremendous amount of low-end, low-skill migration, typically from south of the border, to build the new houses, to mow the lawns, to do the lower-end service jobs. So that has been a description of the changing demography of those cities. And it seems to play out in the changing residential patterns as well.