These questions were part of an interview with Pew Research Center Executive Vice President Paul Taylor, conducted by Andrew Benedict-Nelson, content director for Insight Labs. You can read the full interview here:

Andrew Benedict-Nelson: What are some of the main things the Pew Research Center has learned about young people’s involvement in politics? 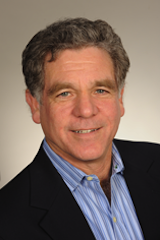 Paul Taylor: About three years ago we did a report called “Millennials,” which was a survey of that generation’s attitudes and opinions on a whole range of matters, including civic and political participation. Then about six months ago we did a report on generational trends in voting, in which we showed that the partisan age gap is bigger than it’s ever been. There was a 34 percentage point difference in 2008 between how 18-to-29-year-olds voted and how 65-and-overs voted. As recently as ten years ago, there was no difference between those two cohorts. So something very profound has happened. The current youth cohort is coming of age with a very pro-government, pro-Obama mindset. Will that last for the course of their lives? We have no idea how that story ends – we only know how it has begun.

We also know that the turnout rate among young adults, after spiking up in 2008, went way down in 2010. And from what we’ve been able to discover so far this year, there’s a lot of question as to whether they will be as enthusiastic as they were in ’08. But if you look at the larger scheme of things, going back to 1972 when 18-year-olds first had the right to vote, the turnout gap between the generations has actually narrowed a little bit. It has long been a concern that young adults don’t participate in the political process, that they’re cynical about the two political parties. The Obama campaign was quite extraordinary in pushing against those trends. Now the question for those who are concerned about the civic life of the country is whether that was a one-time occurrence or not. We’ll obviously have a lot more evidence about that this coming fall.

ABN: What are some other things you’ve learned at Pew that don’t normally get brought up in discussions of young people and their political behavior?

PT: We’ve also learned a lot about the difficult economic circumstances of young adults, which are profoundly changing the process of coming of age. People are getting to all the milestones of adulthood later, whether it’s moving out of your parents’ house, getting a first job, buying a first home, getting married, having kids – these things are all happening five to seven years later than they did for this generation’s parents, the Baby Boomers. That raises all sorts of questions.

We are also at this moment when the Boomers are crossing this threshold of 65 and putting a huge burden on Social Security and Medicare. It’s not clear that we as a society can make that math work. At some point over the next five or 10 or 20 years, we may have to re-negotiate the social compact between young and old. That may be difficult, because not only are these generations politically different, but they are also racially and ethnically different – we’re looking at a future society where most old people are white and most young people are non-white. That adds another layer to the challenges we’ll face.

Here’s one more thing we’ve learned, though – if you divide up the country in terms of generation and voting proclivities and how they see their own interests, young people are not spoiling for a fight with their parents’ generation. The contrast with the Boomers is sort of interesting When the Boomers were coming of age and making a lot of noise politically, they were in the vanguard of the counter-culture, the anti-war movement, the feminist movement, and the civil rights movement, and the premise of a lot of their activism was generational discontent. One of the great rallying cries of the 1960s was: “Never trust anyone over 30.”

Now, today’s young adults have been given a much worse hand economically, when you look at all the difficulties of finding a good job and all the student debt they’re carrying. We have the highest levels of youth unemployment and under-employment that we’ve seen since the government started tracking such data… But in general, young adults aren’t storming the ramparts. The closest thing we’ve had to a counter-cultural movement was Occupy Wall Street. But that was framed in terms of class, not age or generation. It was Occupy Wall Street, not Occupy Leisure World.

But of course, many of these young people actually are living with Mom and Dad. They either never left the nest or had to boomerang back home after they couldn’t get their careers going. They tell us they actually like Mom and Dad. For example, younger adults are less likely than older adult to say that they fought with their parents growing up. This attitudinal shift has interesting implications for some of the policy decisions we’ll have to make. The multi-generational family may again have to play the central role that it has played as a social safety net throughout much of human history. The good news is that attitudes toward family may be ahead of policy changes.

There is one more important thing worth mentioning. We track a lot of numbers in terms of the efficacy and responsiveness of government – questions like “Do you think government meets your personal needs?” etc. All of those indicators are as low as they’ve ever been, and not just among young adults. But it’s worth remembering that young adults are coming of age in a time when the political system is looking very paralyzed and partisan. So a lot of them are shrugging their shoulders and not getting involved to begin with because of that.

ABN: Clearly Pew has learned a lot on this subject. But what would you still like to know? If you knew you had no limitations on your methodology and could seek the answer to any question about young people and political engagement, what would it be?

PT: That’s a great question, and I’m really not sure how to answer it. On the one hand, there are real limitations to our methods, and we’re aware of them. On the other hand, if you’re looking at the question of whether young people are politically engaged, we can actually answer the question of whether they vote in the end or not, and that’s considered the gold standard.

But one thing I’d be curious about – because everyone is curious about it – is the long-term impact of the digital and social media revolutions. How will that change their political behavior? Now, we’ve done a lot of research into that as well. Out Internet group just did a study on how likely people are to friend or un-friend other people if they have a very different political point of view. But I’d like to know whether it ultimately pushes young people into their own political enclaves where they don’t get exposed to other people’s views, or whether it in fact increases their exposure to others’ points of views.

ABN: That makes sense. Even if you’ve been able to study what’s happened so far in detail, you want to know how this movie ends.

PT: Yes. All of these pieces of data are part of a mosaic that is still being built.

ABN: You mentioned a number of significant non-political trends among young people. How would you characterize the relationship between those changes and their political views?

PT: There are a number of ways to view the impact of the current recession, but no matter how you look at it, it’s safe to say that no group has been impacted more than young adults. But what’s extraordinary is that if you do standard measures of economic optimism about their own lives or the future of the nation, young adults are at the head of the class. Now, to some extent that has always been true about young adults. Young people tend to believe that it’s all going to work out in the end, God bless ‘em! But what’s remarkable is that they continue to believe that in the face of a bad economy that has hit them even harder than other groups. If anything, the optimism gap between young people and old people has gotten even wider. Now, will it last? Are they headed for an unpleasant rendezvous with reality down the road? Stay tuned…

Ask the Expert Archive
The Millennials
Americans and Social Trust: Who, Where and Why
Mobile Politics 2010
Ask the Expert (cont’d)