Currently, 63% say there is solid evidence that that the earth’s average temperature has been getting warmer over the past few decades. In October 2009, 57% expressed this view. During 2006 to 2008, more than seven-in-ten Americans believed there was solid evidence of global warming.

Read the full report for more information about the large partisan and ideological gap on the question of the existence of global warming. 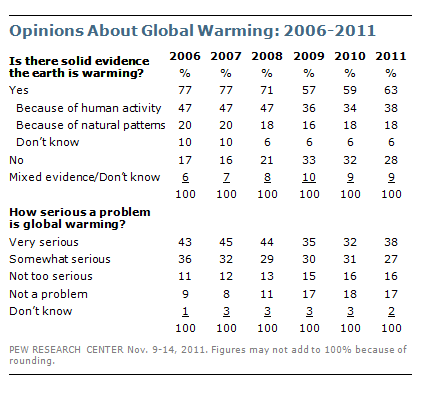