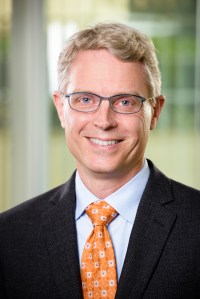 Why Pew Research Center Changed Its Strategy This Election

Pew Research Center has shifted its approach for the 2016 election cycle, focusing on fewer, larger political surveys, new work with our American Trends Panel and a continued emphasis on larger themes related to political polarization, partisan antipathy, distrust and compromise.

In the age of big data, survey research will not only survive but thrive

The next frontier of public-opinion research is already visible in the “big data” revolution. Through the digital traces of our everyday activities, we are creating a massive volume of information that can tell us a lot about ourselves. Smart data science can identify patterns in our behaviors and interests. And in some domains, such as […]

Millennials are the most liberal age group and are more likely to lean towards the Democrats. But in addition to that, Millennials who identify with the GOP are also less conservative than Republicans in other generations.

Tea Partiers are not all immigration hawks

Only a minority of Republican voters take a hard-line stance on immigration.

A nationwide survey finds 44% in favor of prohibiting restaurants from using trans fats in foods, while 52% oppose the idea.

Obama makes his case for Syrian airstrikes: Is it working?

While Barack Obama has an uphill battle if he wants to win over public support for military airstrikes in Syria, there are signs that opinions may have shifted over the course of the weekend.

Different outcomes in different polls about the subpoenas served on the Associated Press in a Justice Department leak investigation were a case study in the challenges pollsters face in a breaking news environment when public attention and information is relatively limited.