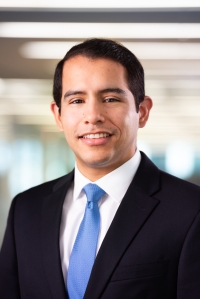 The educational attainment of recently arrived Latino immigrants in the U.S. has reached its highest level in at least three decades.

Around half of Hispanics say they or someone in their household has taken a pay cut or lost a job – or both – because of the COVID-19 outbreak.

California has more immigrant eligible voters (5.5 million) than any other state, followed by New York, Florida, Texas and New Jersey.

Since 2000, the size of the immigrant electorate has nearly doubled. More than 23 million U.S. immigrants will be eligible to vote in the 2020 presidential election.

54% of Hispanics in the U.S. say establishing a way for most unauthorized immigrants to stay in the country legally is very important.

Where Latinos have the most eligible voters in the 2020 election

Latinos are expected for the first time to be the nation’s largest racial or ethnicity minority in a U.S. presidential election.

The U.S. Hispanic population is diverse. These nearly 60 million individuals trace their heritage to Spanish-speaking countries in Latin America and to Spain, each with distinct demographic and economic profiles. But as migration patterns from Latin America change, the origins of U.S. Hispanics are beginning to shift.

Facts on Hispanics of Venezuelan origin in the United States, 2017

An estimated 421,000 Hispanics of Venezuelan origin lived in the United States in 2017, according to a Pew Research Center analysis.