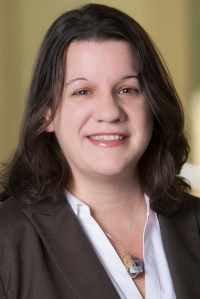 Leah Melani Christian is a senior researcher at the Pew Research Center for the People & the Press. She focuses on public opinion on the environment and energy and survey methodology. Christian manages survey projects, writes reports, presents research findings and plays a central role in the center’s methodological work. She worked as a survey researcher at the University of Georgia’s Carl Vinson Institute of Government and Washington State University’s Social and Economic Sciences Research Center before joining the Pew Research Center in 2008. Christian received a doctorate in sociology, with a concentration in political sociology and survey methodology, from Washington State University. She is co-author of the book Internet, Mail and Mixed-Mode Surveys: The Tailored Design Method and has published several research articles and book chapters on survey methodology. Christian discusses Pew Research Center findings in broadcast and print media, regularly presents at the American Association for Public Opinion Research’s annual conference and has taught short courses on mixed-mode surveys.

Perhaps no topic in technology attracted more attention in 2011 than the rise of social media and its potential impact on news. “If searching for news was the most important development of the last decade, sharing news may be among the most important of the next,” we wrote in a May 2011 report analyzing online news behavior called Navigating News Online.

Mobile Devices and News Consumption: Some Good Signs for Journalism

The migration of audiences toward digital news advanced to a new level in 2011 and early 2012, the era of mobile and multidigital devices. More than three-quarters of U.S. adults own laptop or desktop computers, a number that has been stable for some years.1 Now, in addition, 44% of adults own a smartphone, and the number of tablet owners grew by about 50% since the summer of 2011, to 18% of Americans over age 18.

A joint study by the Pew Research Center for the People & the Press and the Pew Internet & American Life Project takes an up-to-date look at the potential biases in findings based on landline-only surveys.