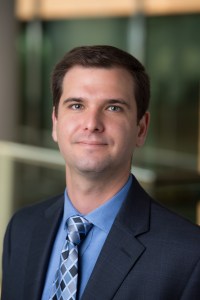 6 charts showing how Russians see their country and the world

While Russians are downbeat about their economy, they still strongly support President Vladimir Putin, have increasingly negative views of Western countries and leaders, and are nostalgic for the Soviet era.

Key findings from our poll on the Russia-Ukraine conflict

Our survey looks at the Ukraine-Russia conflict through the eyes of eight NATO countries and in Ukraine and Russia to gauge what ordinary people think about the crisis.

Publics of key NATO member nations blame Russia for the ongoing conflict in Ukraine, but few support sending arms to Ukraine. And half of Russians see NATO as a military threat, while Ukrainians favor joining NATO.

Refugees stream into Europe, where they are not welcomed with open arms

Many Europeans, especially in the continent's south, hold negative views of immigrants and are concerned about new arrivals from outside the EU.

Car, bike or motorcycle? Depends on where you live

In asking people in 44 countries which of these they owned, we found notable differences between economically advanced nations, emerging markets and developing countries.

6 facts about public opinion in Nigeria before election day

Nigerians head to the polls this weekend for a long-delayed presidential election. Here's what they had to say about the state of their country when we surveyed them in the spring of 2014.

In our survey of thousands of people across 32 emerging and developing nations, we found some notable data points that might have been lost in the fray.

Our new report looks at how people perceive the internet’s impact on their lives, how many people access it and who they are, and what people do online.

Polls show an American public that is deeply skeptical of an agreement and shows little trust in Iran's leadership.

Who’s having a ‘good’ or ‘bad’ day around the world

Pew Research's annual Global Attitudes surveys starts by asking respondents how they would describe their day. A median of nearly two-thirds (65%) across 44 countries surveyed in spring 2014 responded that they were having a typical day.