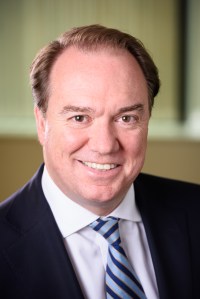 Dan Morrison is vice president of communications at the Pew Research Center where he leads the Center’s overall communications, media and digital strategies. Dan has made his career at the nexus of communications, international affairs, public policy and technology. He has worked in New York, Washington, Brussels and Paris for the combination of Bloomberg (where he was nominated for a Pulitzer Prize), IBM, the U.S. State Department and most recently at the Organization for Economic Cooperation and Development (OECD) in Paris. During his time at the State Department, Dan was a member of the Policy Planning staff and a speechwriter for Secretary of State, Colin Powell, as well as senior policy advisor to the U.S. Under Secretary of State for Economic Affairs with a portfolio of the European Union, Russia, Central Asia and Turkey. Immediately prior to coming to the Pew Research Center, he was Head of Global Media at the OECD. Earlier in his career, Dan advised U.S. and Japanese companies on European Union affairs in Brussels, and provided strategic counsel to the following, among others: the IMF, Yahoo!, McKinsey, and the Special Court for Sierra Leone that successfully prosecuted former Liberian President, Charles Taylor. Dan is a regular speaker. In 2015, he delivered a TEDx talk in Paris on the importance of using objective, comparative facts to break down online social tribalism and deliver strong democracies.