This article was originally published in Scientific American. 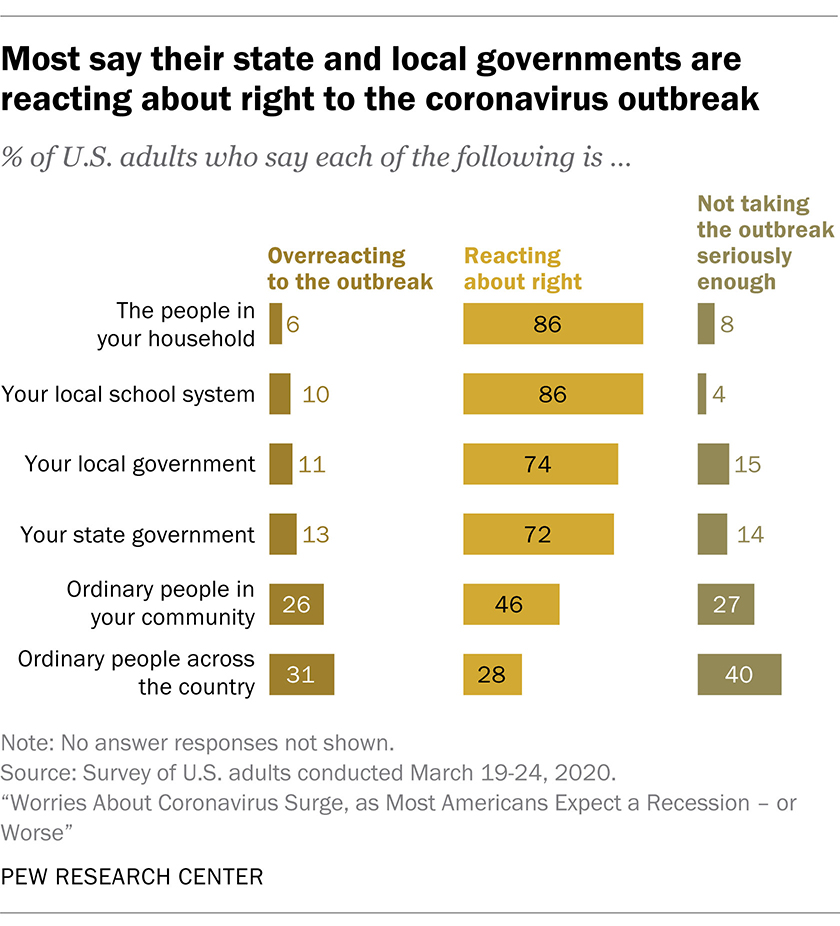 In the face of unprecedented measures to limit social contact at work, at school and on the main streets of communities across the nation, Americans give themselves good marks, with 86% saying people in their households are “reacting about right.” Most also say their local school system is reacting about right (86%), and majorities say the same about their local (74%) or state (72%) government.

These findings from a new national survey by Pew Research Center, conducted March 19 to 24 among 11,537 U.S. adults using the Center’s American Trends Panel, suggest that Americans see the “social distancing” measures urged by public health officials to limit the spread of the disease as generally appropriate. 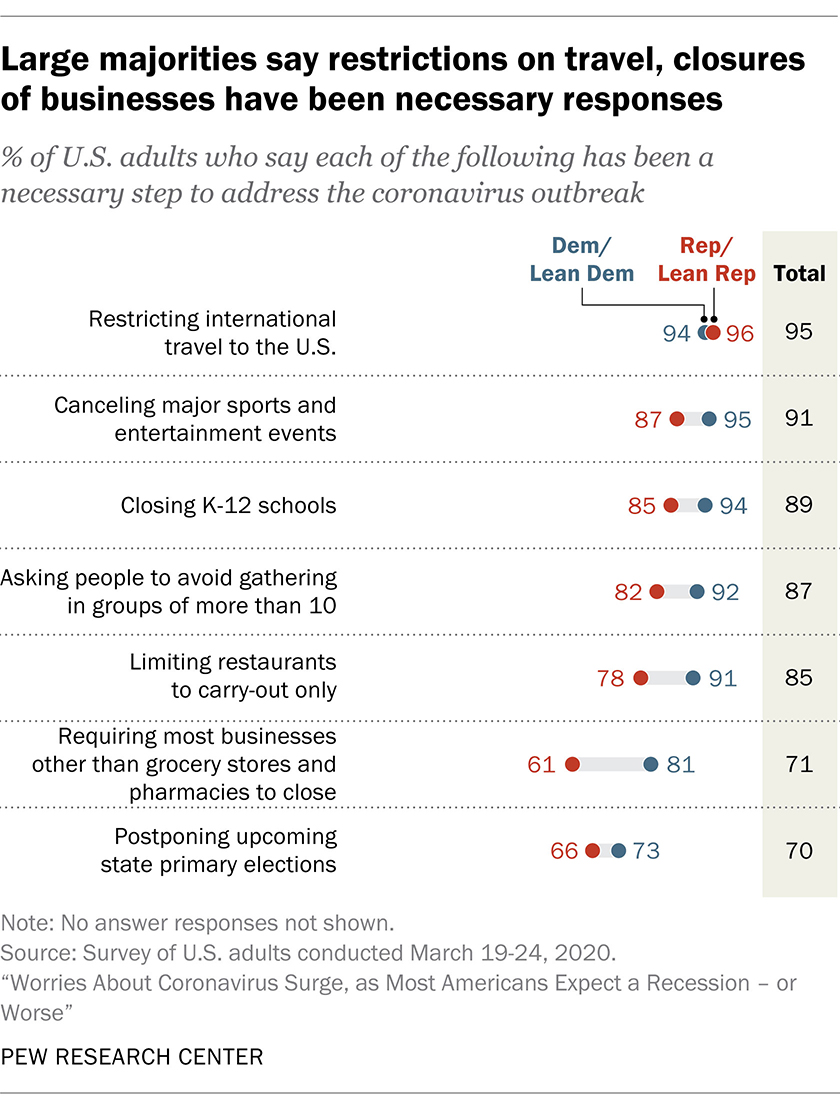 Indeed, when Americans consider a number of specific measures taken in recent days and weeks, majorities see each one as a necessary step to address the spread of coronavirus. Roughly nine-in-ten say travel restrictions (95%), cancellations of major sporting and entertainment events (91%), K-12 school closings (89%), and efforts to limit the size of social gatherings (87%) have been necessary to address the outbreak. Large majorities of both Democrats and Republicans, as well as those who lean toward each party, agree that each of these is a necessary step.

There is comparatively more partisan disagreement over whether it has been necessary to require most businesses to close, though, there too, majorities of Republicans (61%) and Democrats (81%) call this a necessary step. 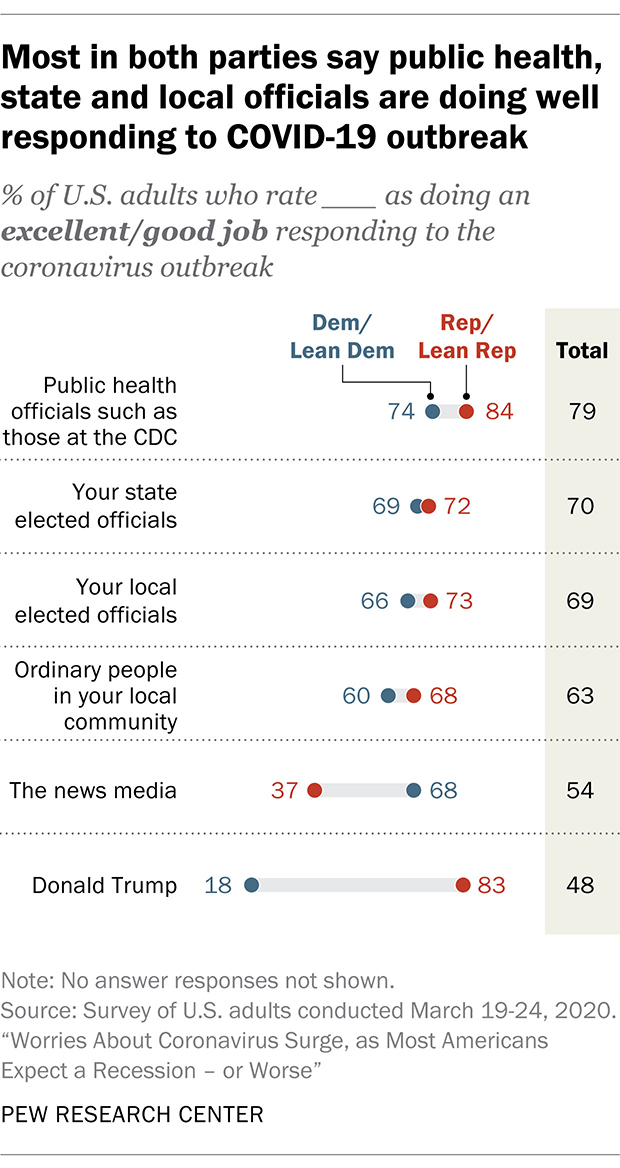 Challenges stemming from the coronavirus outbreak spotlight both the role of science in society and the need for effective partnerships between scientific experts and government officials across local, state and federal levels.

About eight-in-ten Americans (79%) rate the performance of public health officials in responding to the coronavirus outbreak as either excellent or good. And, roughly seven-in-ten say the same about the performance of state (70%) and local elected officials (69%). Notably, Democrats and Republicans align closely in their ratings of these groups.

President Donald Trump’s early responses to the COVID-19 outbreak in the U.S., in which he downplayed the severity of the outbreak, engendered strong rebuke from Democratic lawmakers and others. In the latest survey, there are gaping differences in how partisan groups see the president’s handling of the outbreak, with 83% of Republicans and those who lean toward the Republican Party saying that Trump is doing an excellent or good job handling the outbreak, compared with just 18% of Democrats and those who lean toward the Democratic Party. 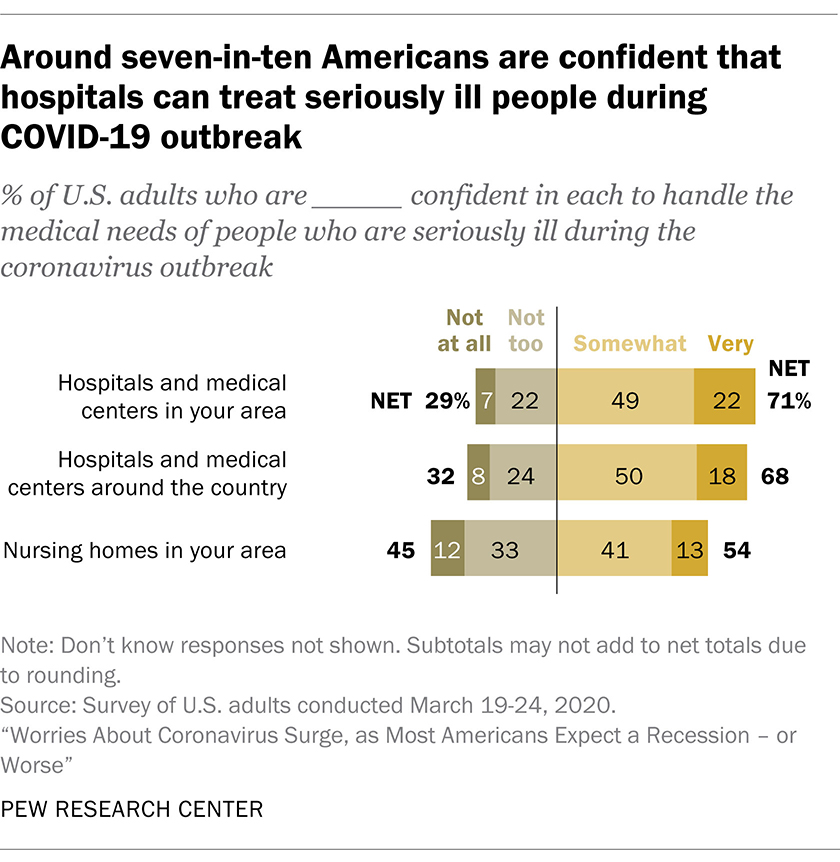