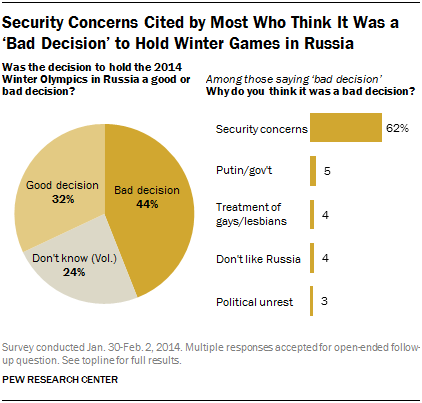 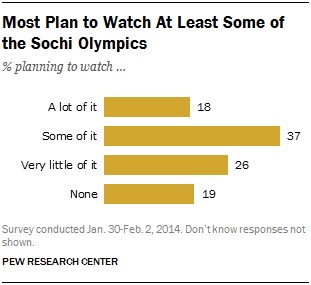 Far fewer (5%) mention the Russian government or President Vladimir Putin as reasons why it was a bad decision to hold the games there, while 4% say Russia’s treatment of gays and lesbians make the country a bad choice to host the games. 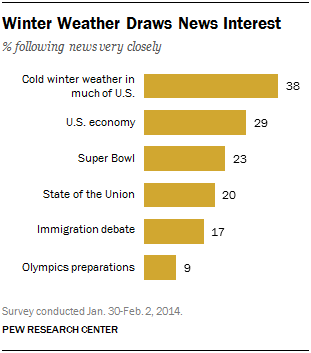 One-in-five (20%) closely followed the State of the Union last week, down from 26% last year and the lowest news interest during Obama’s tenure. (By comparison, 24% of the public followed George W. Bush’s 2006 State of the Union address to start his sixth year in office.) Twice as many Democrats (33%) as Republicans (16%) and independents (15%) followed Obama’s speech closely.

Cold winter weather in much of the country was the most f0llowed news story of the week, with nearly four-in-ten (38%) saying they paid very close attention. People living in the South (45%), the Northeast and the Midwest (42% each) were much more likely than those in the West (21%) to closely follow news about the cold weather.

About three-in-ten (29%) closely followed news about the economy last week. The Super Bowl was closely followed by 23%, which is roughly equal to interest in past years. An additional 17% closely followed debate over immigration policy in the U.S., while about one-in-ten (9%) paid close attention to preparations for the Olympics.