What Four Quality Stations Can Teach You

Most industries use benchmarking — identifying models of successful excellence — as a way of improving quality. The case study method used in top business schools is predicated on this theory.

Local TV news hasn't benefited much from benchmarking. Hard data about what works journalistically has been unavailable.

The PEJ study, however, offers an opportunity for such modeling. Four stations in particular offer lessons in building a better mousetrap. All four, though not perfect, share similar philosophies about audience, content, consultants and hiring. Sensationalism and mayhem are out, local interests are in. Reporters and anchors don't leave the impression there are two crime waves a day — one at 6 p.m. and another at 11 p.m. They come across rather as knowledgeable members of the community with some institutional memory.

The stations vary in philosophy about local versus national and international news. Two stations are relentlessly local. Two are less so. None of these stations is perfect. The study grades on a curve. At bottom, however, the news executives at these better stations talk less about anchor chemistry and production techniques and more about citizens and story telling.

The stations are KRON in San Francisco, WEHT in Evansville, Indiana (for a second year), WTVJ in Miami, and WBZ in Boston. They are worth a closer look. 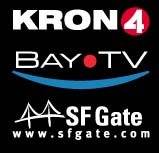 San Francisco TV stations were investing heavily in news long before news was so profitable. Today KRON, the NBC affiliate, is No. 1 at 6 p.m. and 11 p.m. in a tight contest with ABC's KGO. What sets KRON apart from the competition?
"Not enough," says news director Dan Rosenheim, a print journalist who came from the San Francisco Chronicle three years ago. He thinks: "Good journalism only counts if people watch it."

But KRON's management believes that ratings come from being "substantive" and from having an "impact on public discussion and public policy," Rosenheim says. "I think we devote more time than others to issues and less to relatively trivial news. We think people care a lot about education and science, politics, environment, taxes, technology, and business."

On the air, this translates into some of the strongest broadcasts in the study. The style is straightforward, the story selection thoughtful, the execution skillful and measured. One night KRON leads with the funeral of three murdered campers near Yosemite. Next comes a summary of the day's events in Kosovo. Then KRON takes note of Holocaust Remembrance Day with an intelligent and moving segment comparing Kosovo to Nazi genocide through the eyes of a concentration camp survivor. The goal, Rosenheim explains, is to emphasize "breaking news," but do stories that show enterprise and are "not necessarily self-evident."

KRON uses standing features for personality and pace. One, called "Sound of the Night," lets dramatic video play out with little or no narration. Making it a feature also signals that stories such as a helicopter rescue in Atlanta are riveting without overplaying them. Another feature outlines the top stories of tomorrow's Chronicle newspaper. True, it's a plug for KRON's owner, but it is still a good idea. The station also boxes light items with the logo, "Circular File," and cleverly under-writes them.

Evansville, Indiana, stood out last year as a small market with surprisingly strong news values, and WEHT rose above the rest. This year it does so again by being highly local, covering a wide range of topics and relying on authoritative sources. It faltered, however, on the number of viewpoints in its stories.

"Our focus is on live, local news," says news director Michael Valentine, but WEHT does that with a genuine sense of community. The style is no-nonsense and heavy on such matters as community sports (making a virtue of having no major league teams). Heavy crime coverage is tempered with investigations such as one on the dangers of processing plant emissions.

One night the 6 o'clock newscast leads with two crime stories, but these are followed by local segments involving a homeless shelter, billboard censorship, emergency medical service response time, and expansion of a nearby campus. Valentine believes the station's strength lies in "our ability to do stories about people in our community," not just officials. As with all four stations profiled here, part of WEHT's philosophy is looking for staff members who go beyond cosmetics. The station wants reporters who can tell "a great story." Valentine expects his producers to "see the bigger picture and determine how each story relates to our community."He wants his anchors to be leaders in the newsroom, not narcissists.

In Miami, a city famous for liking its TV news fast and furious, WTVJ banks on the straight-forward approach. There is obviously substantial thought being given to the story line-up. Even if the story-by-story execution may leave something to be desired, a viewer still comes away with a feeling of knowing what happened around town each day.

Rival WSVN leads one night with an assault, a local school shooting and a brush fire. WTVJ leads with an enterprise piece about an ongoing local problem ã vans used as dangerous makeshift gas stations. Then it is the only newscast to take the mayor's live news conference about the fate of an allegedly sacred Indian site. WTVJ covers the school shooting and fire, but later in the broadcast. Like others in Miami, WTVJ prides itself on live breaking news. When everyone leads with a major fire one night, it does so as well, though with measured warnings to residents and travelers. Live technology, however, is used for more than chasing flashing lights. Near the end of a newscast, Gov. George W. Bush of Texas is making a campaign stop in Port St. Lucie. WTVJ goes live, produces a meaningful segment and adeptly exits at the end of a Bush sentence. As at other good stations, WTVJ's news director Ramon Escobar wants more than production skills from his staff. He describes WTVJ's news philosophy as one that "covers stories that impact your life." WTVJ might succeed more, and probably attract higher ratings, if it had more reporters and producers who could live up to the goals management is setting. But the direction is right and the station is trying, as evidenced by its high enterprise scores.

For its 50th anniversary, WTVJ honored its late news director Ralph Renick, who was famous for his editorials. Ironically, WTVJ no longer does them, nor do most stations. Editorials were once a powerful way for stations to connect with viewers, even if it meant giving up news time. Many stations would do well to consider them again. Although Miami is an international city, surprisingly little play is given to national and international news. WTVJ might enrich its viewers if it gave them more. Personally, I think they and WEHT would do better to recognize that what happens in Kosovo or Taiwan can affect a community's sons and daughters as well as the local economy. It must be acknowledged, however, that with its emphasis on staying close to home, local TV news is holding its ratings better than network and cable news.

While not in the front rank of stations in the study, it is moving in the right direction, jumping from a "C" to a high "B" at 11 p.m., while improving its ratings trend, and closing the gap with longtime rival WCVB. What can be learned from WBZ's approach? Like KRON, one might say flexible localism. The station emphasizes the Boston community, but doesn't hesitate to lead with a story from outside the viewing area if it's significant. One night it's Kosovo, another night it's Boston losing a bid to host the Democratic convention. One sees thinking behind the stories.

The day after four separate murders occur, WBZ attempts a follow-up with a piece about the state considering a lawsuit against gun manufacturers, which notes several events happening that day, including a speech by NRA president Charlton Heston at Harvard University. There is room for improvement. The story about the Democratic convention, for instance, fails to mention how much the loss will cost the state. News director Peter Brown's philosophy involves finding people who know how to tell a story and who represent the diversity of the community. He recognizes audiences for news are shrinking, but he believes "we need to get people's attention with basics and one of those basics is story telling."One problem in television is hiring too many producers who know all the bells and whistles of slick production but know or care little about the community. You don't need a journalism degree to be a journalist, but you should be well read and acutely aware of the world around you. Actually, Brown says he prefers producers who grew up in the Boston area. "I often say to producers that if you get to the third story in the news and no one is living, that is a problem."

The subject of consultants is always controversial. All four of these stations espouse a cautious approach, agreeing that consultants can provide expertise and insights. "But they can be profoundly harmful if they are allowed to stifle initiative and creativity by substituting generic or facile schemes,"said Rosenheim at KRON.

"They can provide best practices from stations around the country," says WTVJ's Escobar, but "what works in St. Louis may not work in Miami." Valentine of WEHT agrees it is best not to follow the consultants "blindly."

Personally, I think it works best if the general manager leaves it to the news director to decide how much of the consultant's advice to implement.

What does the observer take away from these four stations? They respect their viewers. They don't dumb down to a lowest common denominator. The graphics and live capabilities impress, but they support, rather than override, the journalistic mission.

In short, one senses people making decisions about what will be important and interesting to their fellow citizens — not following a formula.

John Corporon was vice president and news director at WPIX-TV in New York for 24 years and is immediate past president of the Overseas Press Club.

Next: Miami Vice No More
← Prev Page
Page1Page2Page3You are reading page4Page5Page6Page7Page8
Next Page →