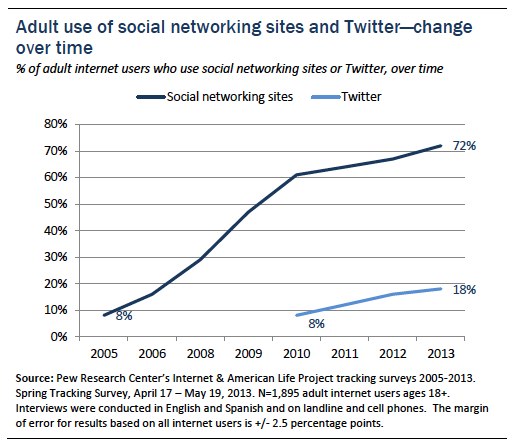 Although online seniors are less likely than other age groups to use social networking sites, adoption rates for those 65 and older have tripled in the last four years (from 13% in the spring of 2009 to 43% now). 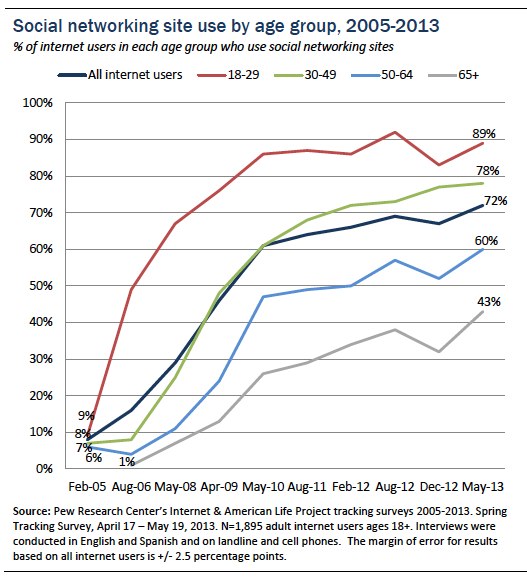 The percentage of internet users who are on Twitter has more than doubled since November 2010, currently standing at 18%. Internet users ages 18-29 are the most likely to use Twitter. 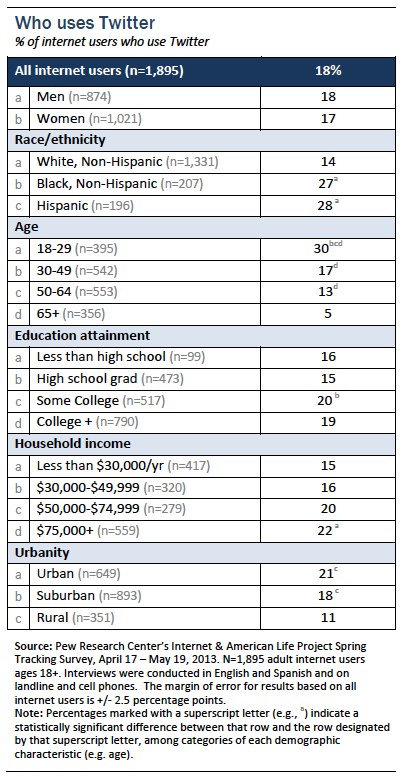 The following chart shows Twitter use by age group, over time: 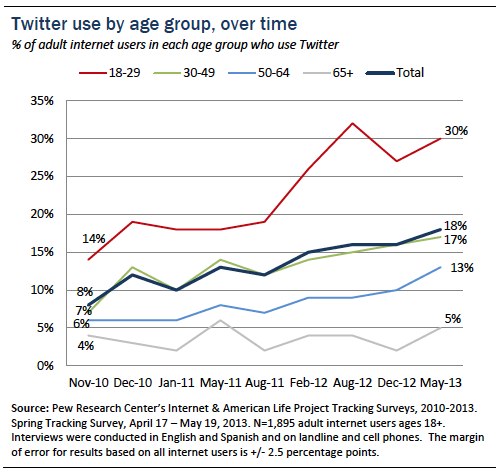