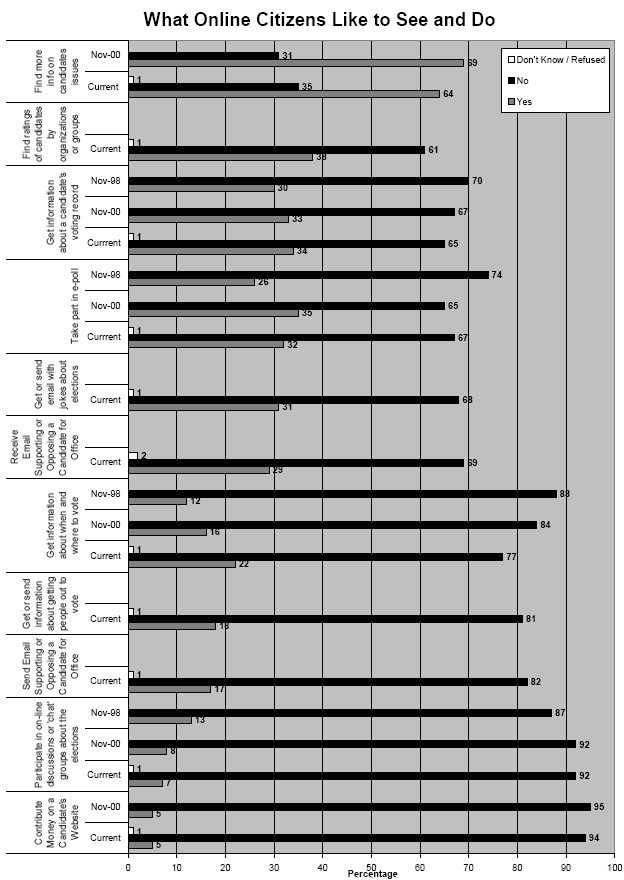 Campaigners have always tried to reach voters in order to win elections. Citizens have always tried to read campaigns in order to vote their interests. The Internet seems to offer a great two-way conduit for campaigners and citizens, with plenty of room for third parties to provide context and commentary as well. Some are making good on the vision of a lively online political discourse pegged to elections. But at the milestone of the 2002 midterm elections, the evidence shows that political cyberspace was populated mostly by tentative campaigners and wandering citizens. The major portals of Web traffic played a late, mild, yet remarkably sophisticated role in the proceedings. Some 22% of Internet users searched the Internet for campaign news during the 2002 mid-term election, but they were somewhat less successful in finding political information online than users who search online for information about health care or commercial products. This report was done in conjunction with Michael Cornfield of the Institute for Politics, Democracy, and the Internet The George Washington University.