The nation’s foreign-born population has become more dispersed since 1990, but the Southwest region and large cities continue to have the highest concentrations of immigrants. As of 2018, 19% of the national immigrant population lives in the top five counties: Los Angeles County, California; Miami-Dade County, Florida; Harris County, Texas; Cook County, Illinois; and Queens County, New York. In comparison, 30% of the nation’s immigrant population in 1990 lived in the top five counties at the time. 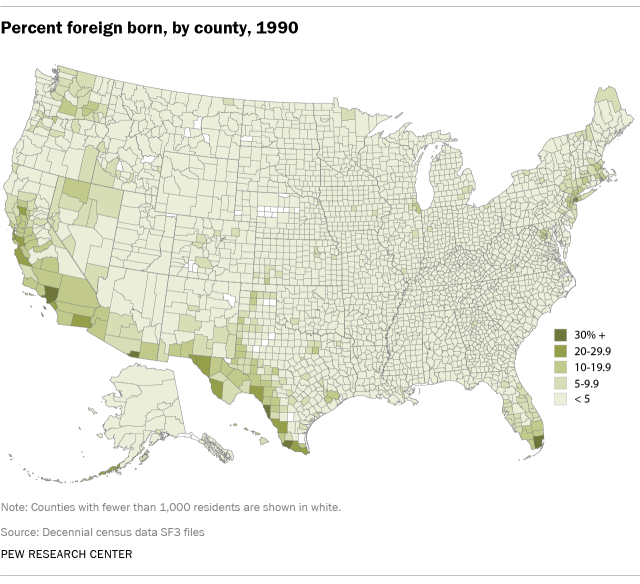 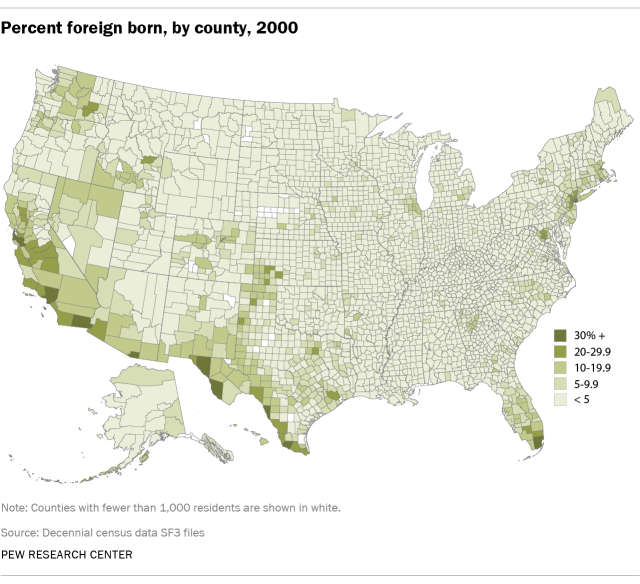 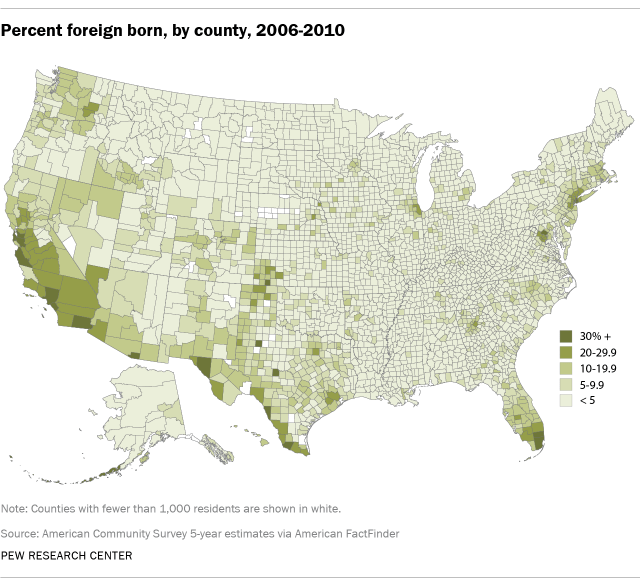 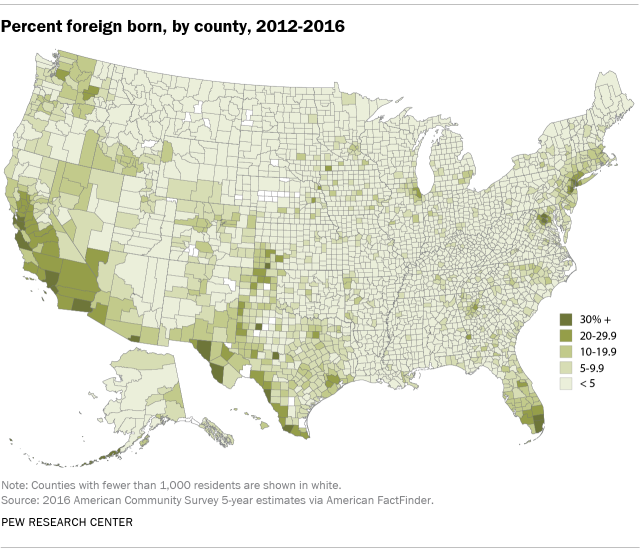 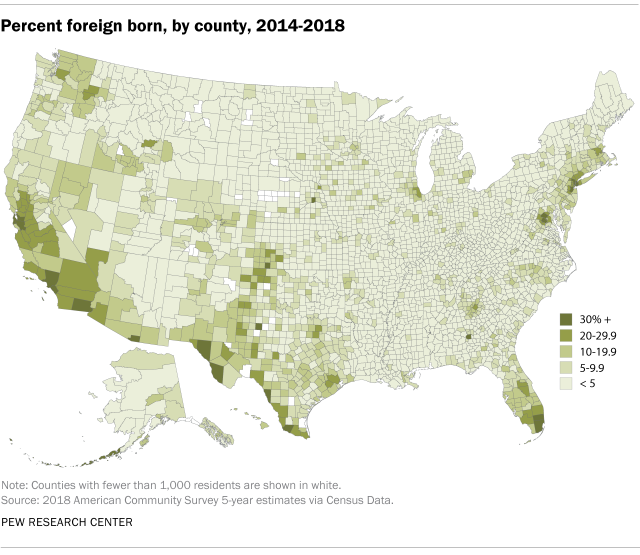