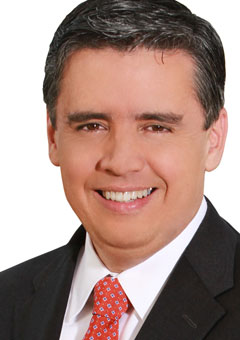 I’ve explained it many times and I’m pretty sure I’ll have to explain it again, but before I begin, Are they Latinos or Hispanics? The term Hispanic has been adopted by the U.S. government, for that reason many people prefer the term Latino. So that’s the term I’ll use: What I’ll repeat as much as I have to, is that Latinos aren’t a solid, homogenous group. We do share a common language, Spanish or Castilian, but even then, there are many differences among us.

Many Latinos lived in the United States before it was the United States, but Latinos have kept on coming here in different waves; two-thirds are Mexican or of Mexican descent, the other third come from Central or South America and the Caribbean.

Puerto Ricans are U.S. citizens by birth, Cubans solve their immigration status once on U.S. soil and of the rest, most arrive by land, crossing the border into the United States via Mexico. (Well, that was before the U.S. recession and tighter security after 9/11 terrorist attacks and of course before economies in Latin America improved and proved an alternative to the American dream.)

But Hispanics are united by one issue: The debate on immigration. As with any other group there are differences of opinion, but the tone of the discussion puts many off. Many have told me that they feel that laws like SB 1070 in Arizona or HB56 in Alabama, both of which are designed to pressure undocumented immigrants to leave those states by making their lives more difficult, are aimed at Latinos in general. And many are offended by the term “illegal alien” because they feel it’s derisive. So let’s change the tone on immigration and talk about education and the economy. When that happens, and we hear each other out, I probably won’t have so much explaining to do.

Juan Carlos Lopez is an Anchor and Senior Correspondent for CNN en Español in Washington, D.C.